The Lord Bless You and Keep You… 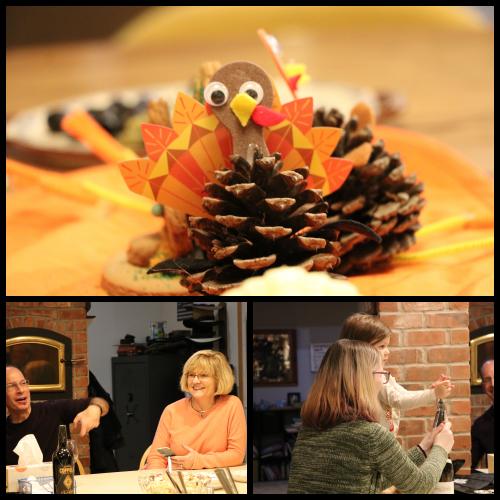 Our travelers arrived to the northeast corner of Washington state before 2PM and we headed over to Dan and Jamie’s at three arriving to the wonderful aromas of Thanksgiving. 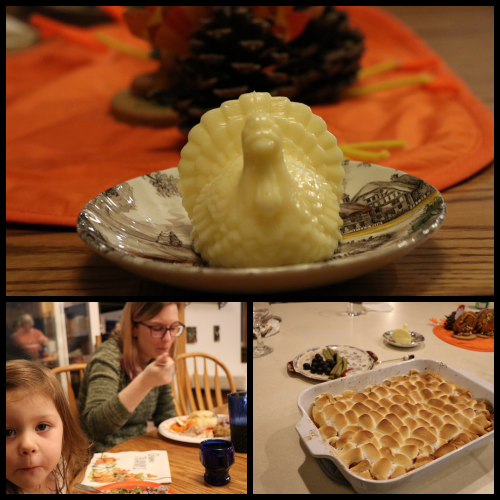 Photo fail is becoming more common with me. No photos of the delicious turkey or the whole group.

A delicious cauliflower salad and purple potatoes the Jamie picked out of her garden on Thanksgiving day. 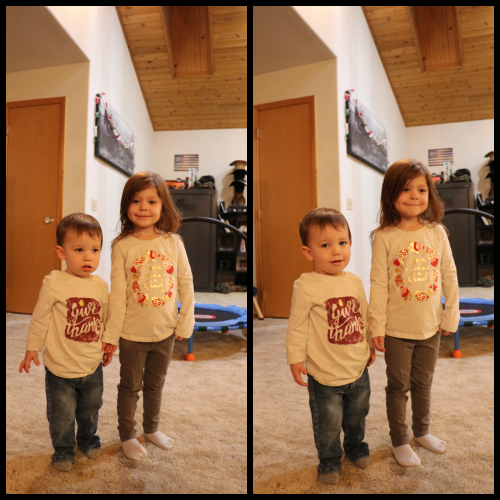 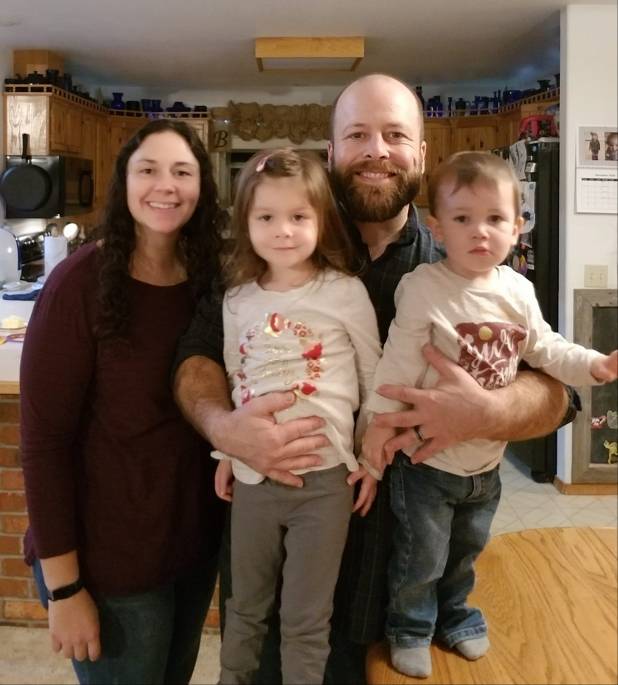 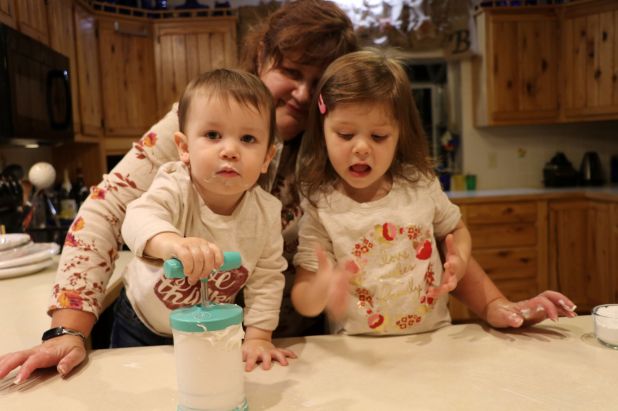 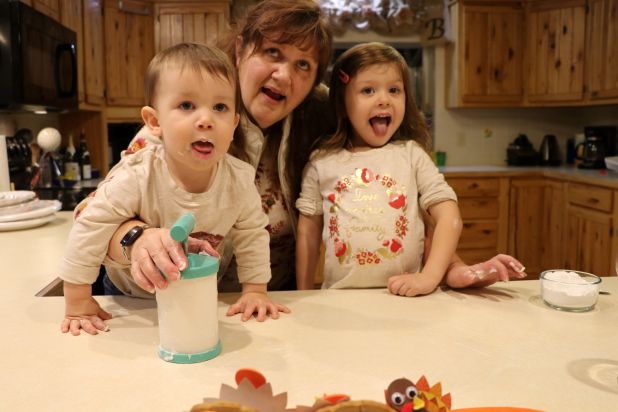 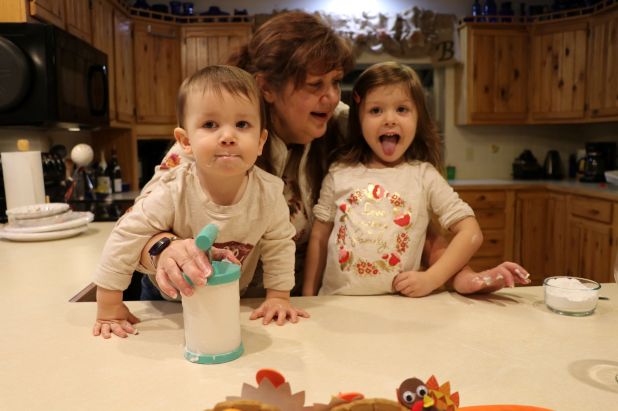 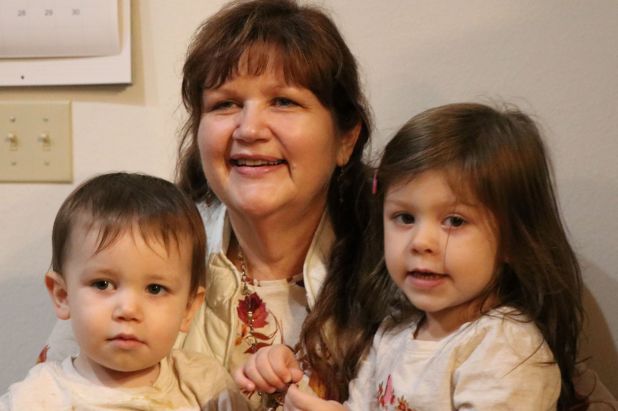 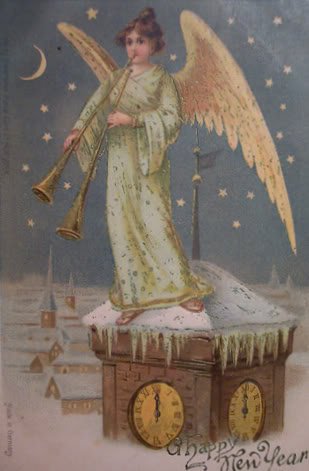 What heavens are laid up in Jesus! What rivers of infinite bliss have their source, aye, and every drop of their fullness in Him! Since, O sweet Lord Jesus, You are the present portion of Your people, favor us this year with such a sense of Your preciousness that from its first to its last day we may be glad and rejoice in you. Let January open with joy in the Lord, and December close with gladness in Jesus.

Happy Birthday to our dear daughter Katie. So thankful that God surprised us with a little girl.

The Lord bless you and keep you; the Lord make his face to shine upon you and be gracious to you;
the Lord lift up his countenance upon you and give you peace.

Click over to the Mennonite Girls Can Cook blog to get the easy recipe for this tasty appetizer. A good addition to your New Year’s Eve festivities or game day.

When our daughter Katie was in fourth grade she was put into a Gifted program which was housed in a different school from our neighborhood school. After a few months in this program we started noticing some troubling patterns and angry outbursts from her. She did not want to go to school and wasn’t interested in doing any homework. She finally opened up to us and told us about her experiences on the playground from the other “gifted” kids. We decided the best thing to do was to pull her out of the program and try to repair the damage by homeschooling her. This was one of our best parenting decisions and moves. When we told her teacher and the administration we were pulling her out they were shocked and told us we were making a mistake. They felt this program was giving Katie some options she wouldn’t get in a regular classroom or at home. We just smiled and walked away. We home schooled for 4th, 5th and 6th grade and then Katie decided she’d like to try public school again entering junior high/7th grade. This is something I wrote in 1996 after hearing how Katie was treated and after watching how she was shunned at the school bus stop.

She Was a Happy Girl

She became the playground plague
She was called the germ
No one should touch the germ
or play with the germ
because they would become a germ, too.

She was a happy girl

I’m happy and thankful to God that Katie thrived being home schooled and when she re-entered the public school system she continued to do well. She enjoyed drama and art and had some great teachers who recognized her talents and abilities. She made some good friendships along the way at school and at church. She had very impressive SAT scores. She also was a National Merit Scholar. She completed college and now is standing by her husband as he completes his college degree in Aeronautical Engineering. He had a late start because of serving as a U.S. Marine. She still doesn’t fit in anyone’s mold. She is uniquely Katie. That’s one of the trees on one of her elementary playgrounds that she pretended she was a fairy in. 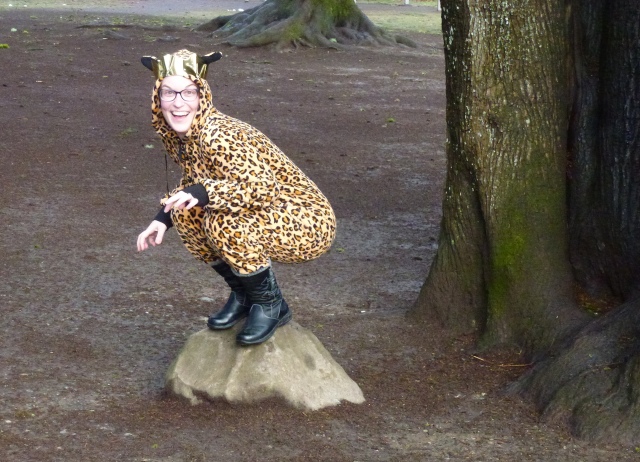 I found this as we sorted through lots and lots of paperwork and decided to put it on my blog as a reminder of how far we have come and how we were carried through by God’s love and grace in difficult times. There are some other things I might share from time to time. Peace be with you and yours.

Two of our sons and our new daughter-in-law have birthdays in January (15, 16, 19) along with a nephew, brother and niece (16, 22, 25). On Friday night last we had an early birthday dinner celebration for our oldest, Josh. 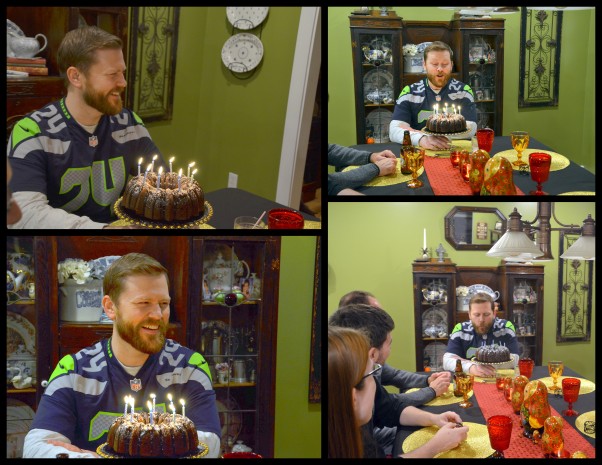 Since we were having a couple Russian dishes for the main meal the table was set in a Russian theme.

We had Loppsha (Russian Noodle Soup) for our starter.

Our main dish was Golubstzi (phonetic spelling of the Russian pronunciation) for cabbage rolls. This photo is from another time we had this dish.  I forgot to take a new photo on Friday night. 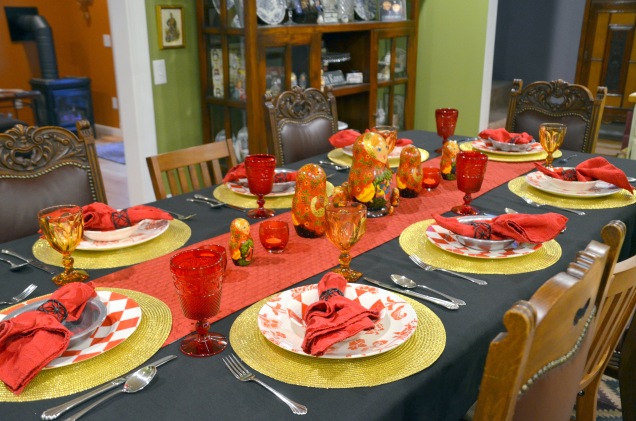 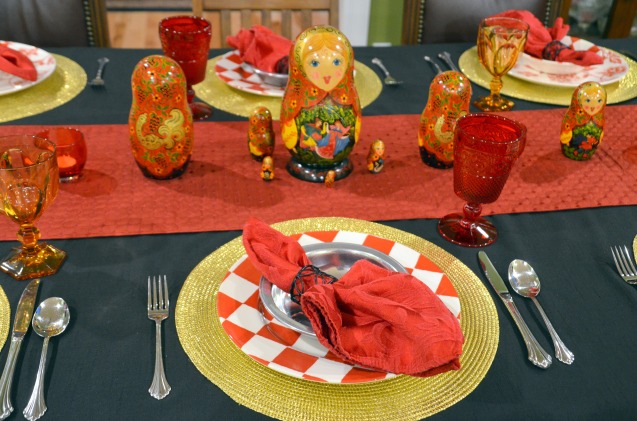 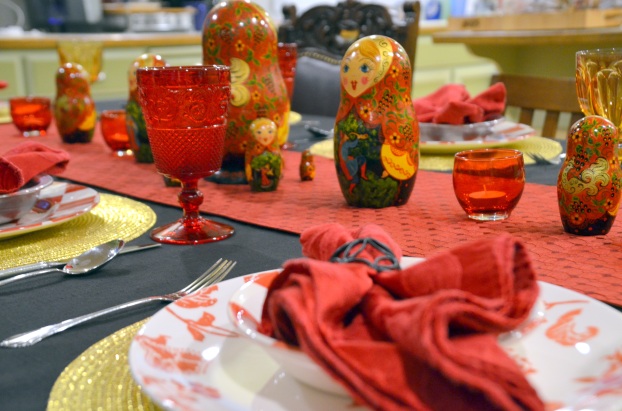 Our son and daughter in law were celebrated in Northeastern Washington, too. We couldn’t be there but they sent us this photo from their celebration with their Birthday Cookie!

For our boys, our dil and the rest of our family who have birthdays in January we pray this special blessing from the Lord…

I’m linking up to ABC Wednesday started by Mrs. Nesbitt and administrated by Roger and a team of volunteers. Thank you!

Jehovah, God the Father, bless,
And Thy own work defend!
With mercy’s outstretched arms embrace
And keep us to the end!

Preserve the creatures of Thy love,
By providential care
Conducted to the realms above,
To sing Thy goodness there.

Jehovah, God the Son, reveal
The brightness of Thy face;
And all Thy pardoned people fill
With plenitude of grace!

Shine forth with all the Deity,
Which dwells in Thee alone;
And lift us up Thy face to see
On Thy eternal throne.

Sure earnest of that happiness
Which human hope transcends,
Be Thou our everlasting peace,
When grace in glory ends!

My brother emailed us this photo of our Little Hope walking to kindergarten on the first day of school. Thank you for letting me steal the photo L & M!

He said that it was a good first week and an emotional first week. I got emotional just looking at our youngest niece walking the path to her public school! Love the braids!!

The Lord bless you and keep you;
25 the Lord make his face to shine upon you and be gracious to you;
26 the Lord lift up his countenance upon you and give you peace.

and from the Message Version…

God bless you and keep you,

26 God look you full in the face
and make you prosper.

Beth, If you are reading this post check out the backpack that Hope is toting. Remembering our fun day in Poulsbo…

Has school started in your neck of the woods? I was telling Vee on one of her posts that I’m pretty traditional about school calendars and am always surprised to see school starting before Labor Day Weekend!