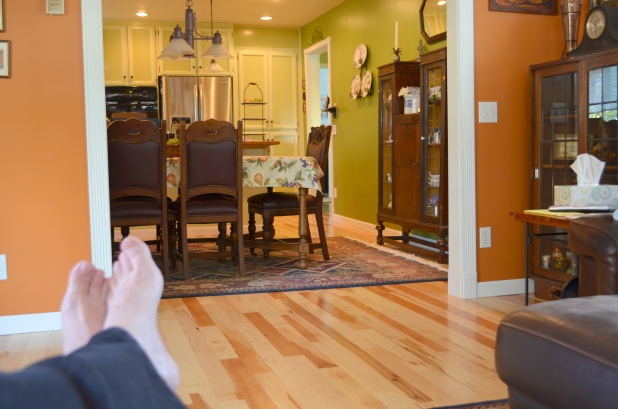 The Cape Flattery light house in the distance on Tatoosh Island at the entrance to the Strait of Juan de Fuca between Vancouver Island in Canada and the Olympic Peninsula in Washington State.

Yeehaw! We got a good amount of rain last night instead of just a drizzle. It’s nice to see the streets wet for a change and the droplets of water on the plants! Have a great weekend everyone!

For my last tourist guide event with my lovingly labeled left over from the wedding company we went to my favorite library in all of the state of Washington and beyond! The Suzzallo library on the campus of the University of Washington is a treasure!

As we stepped out of the parking garage I said to Steve and Kelly, “welcome to Oxford”. We stepped inside and I was on a quest to get them up to the reading room and to see their reaction.

Kelly is a fan of Harry Potter as are several others of us! On our way up the stairs I saw the sign about the Harry Potter Exhibit.

Photos capture some of the beauty of this room but nothing makes up for seeing it yourself. My brother was ready to go back to school at the University of Washington just to be able to study in this inspiring space. Rooms like these with the architecture that takes your eyes upward point to the glory of God.

The last of my Seattle tourism photos were taken on the campus of the University of Washington.

My brother Steve, and Kelly my sister in law.

This post is the last of my extended family posts from the beginning of July. Next week I’ll show you some beautiful sights that Dear and I saw on the Olympic Peninsula.

We continue to have more bearable temperatures here in our little corner of the world. I still have to water regularly. Today I was brave enough to turn on the oven and I used the first of our apples from our tree to make an apple crisp. I used this recipe. What’s new in your corner of the world?

Joining Kati at Kati’s Little Corner of the World for the July photo challenge. These photos are for days 11-18. 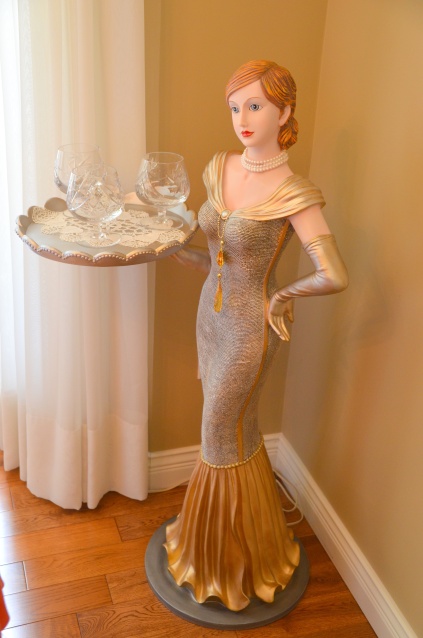 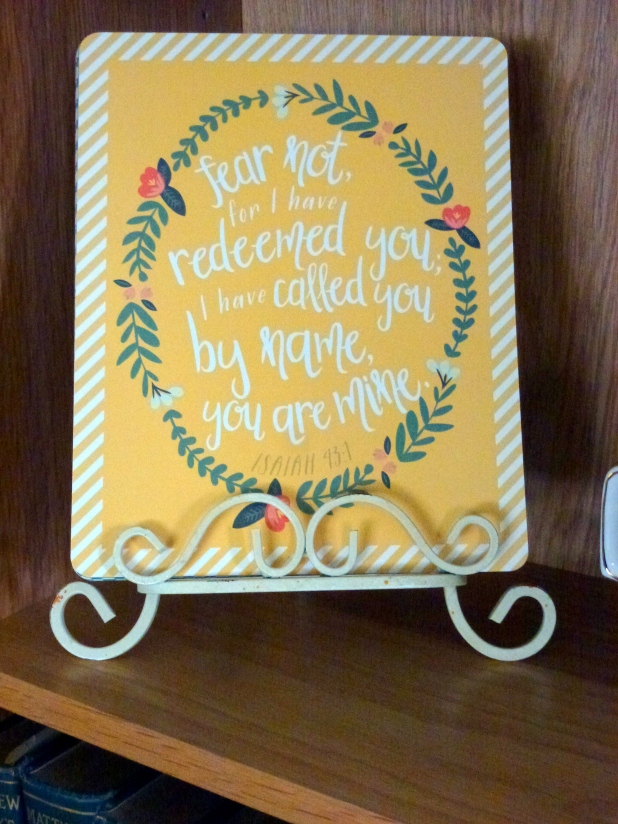 Hope you are having a good weekend. We are in for some heat again. Thank you to everyone who gave me suggestions on what to do with the apples from our apple tree. I’m waiting for a cool down around here to turn on my oven and get creative!

Greetings Robins! Time for your next photo challenge. This challenge was suggested by Monica and it’s more of a concept than a subject. Take a photo that depicts:

A quiet place, a sign, something lonely, a subject that evokes silence. Lots of possibilities to capture silence in a photo. Look about and listen, you will see silence.

This last week I’ve had some early morning quiet walks along the Sammamish River/Burke Gilman Trail north east of Seattle. My photos are from the trail and of the reading room in Suzzallo Library at the University of Washington where it is silent.

Scenes along the Sammamish River Trail

Suzzallo Library Reading Room at the University of Washington

My daughters, niece and I visited the University of Washington campus this week and strolled into the beautiful Suzzallo Library.

The reading room is amazing!

Since I had absolutely nothing for ABC Wednesday, the letter Z, I decided to cheat a bit and use my Suzzallo Library Post for Z. Look! There are two z’s in Suzzallo! My daughter and I were here last Thursday.

This is Suzzallo Library on the campus of the University of Washington in Seattle. Ground was broken for this library in 1923. The building is an example of the Collegiate Gothic style adopted by the University as part of the 1915 campus plan, developed by architects Carl F. Gould and Charles H. Bebb.

Three heroic figures of cast stone depicting “Mastery”, “Inspiration”, and “Thought” sculpted by Allan Clark stand over the portals of the main entrance.

We walked up the beautiful staircase to get to the second floor reading room.

One of the entrances to the reading room. This room has inspired comparisons with the great library reading rooms of the world. After being in it I can understand why.

At each end of the room, a paneled alcove features a hand-painted world globe hanging from the ceiling, which bears the names of different explorers.

Tall, traceried windows incorporate leaded glass which is intended to break the direct rays of light.

A 1927 article in The Pacific Builder and Engineer stated that “This room has been pronounced the most beautiful on the continent and is ranked among the most beautiful in the world. It is comparable only to the nave of a cathedral.”

Some more views of the outside of the building.

If you live in the Greater Puget Sound Area and have never visited Suzzallo or if you happen to travel to Seattle, I highly recommend you put it on your list of places to visit.

ht: Most of the information I’ve shared comes from a Library Guide that is free at the entrance to the Library.

If you’d like to see more ABC Wednesday, Z is for posts click on over to Mrs. Nesbitt’s. 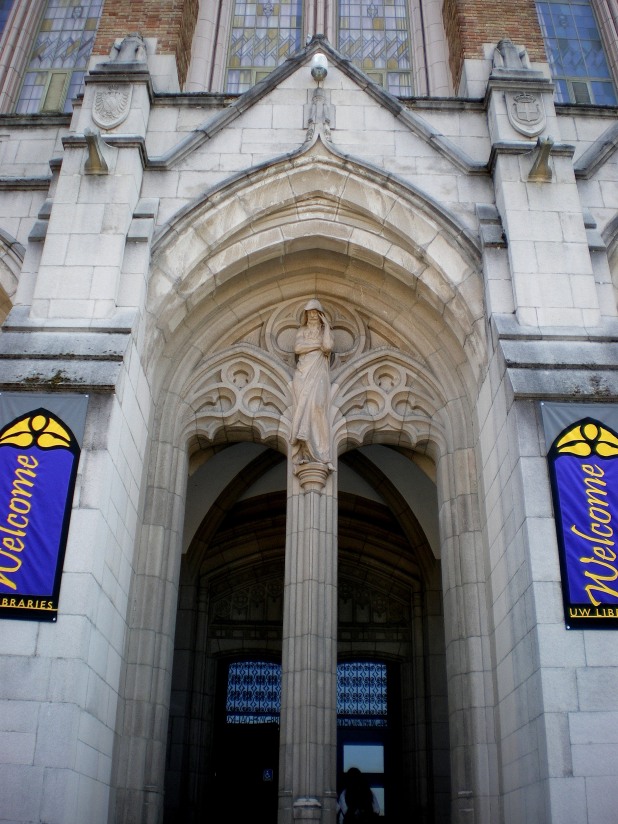 Open a Book
And you will find
People and places
Of every kind.

Open a book
And you can share
Wondrous worlds
You find there.

Open a book
And I will, too.
You read to me
I’ll read to you

Unfortunately, I don’t know who to give credit to for writing this little poem.  I’m laying low today reading and recovering from my lower back spasms. Thanks for your kind words and thoughts. I really do feel a lot better but am still moving slowly. Still working on memorizing 2 Corinthians 4: 16-18. Have a joy filled day!