ABC Wednesday is starting their farewell tour. This will be the last trip through the alphabet with Mrs. Nesbitt and her team. On this farewell tour I will be looking back with a mix of old and new for each letter. Click on ABC Wednesday to see what others are sharing.

Amish, animals the Amish use and Architecture are my choices for A. All these photos are from our trip to Amish Country in Indiana and Ohio the end of September (2016) with the Mennonite Girls Can Cook. 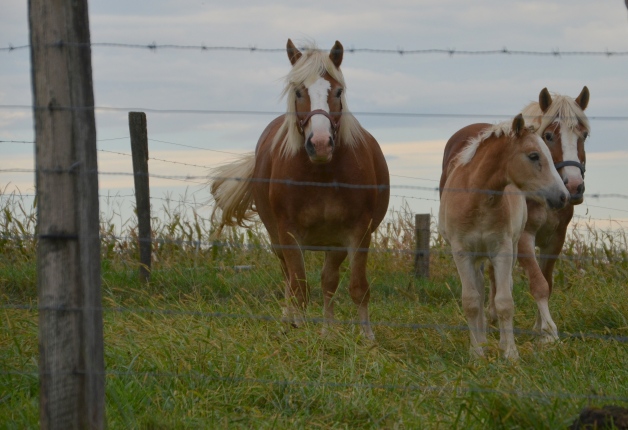 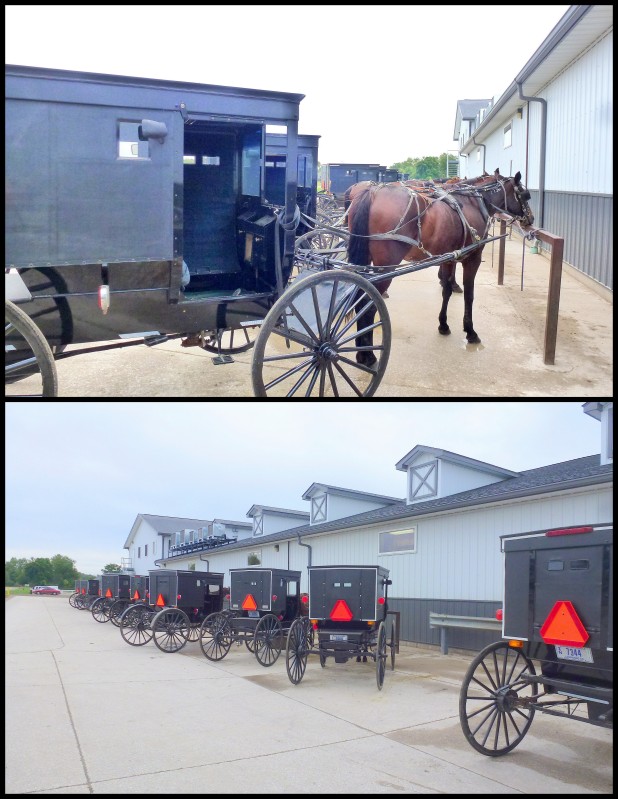 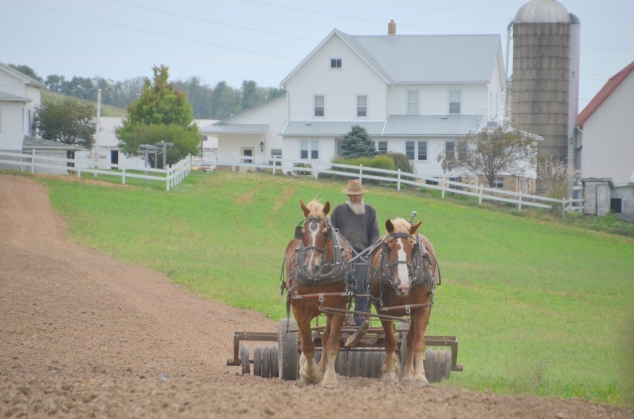 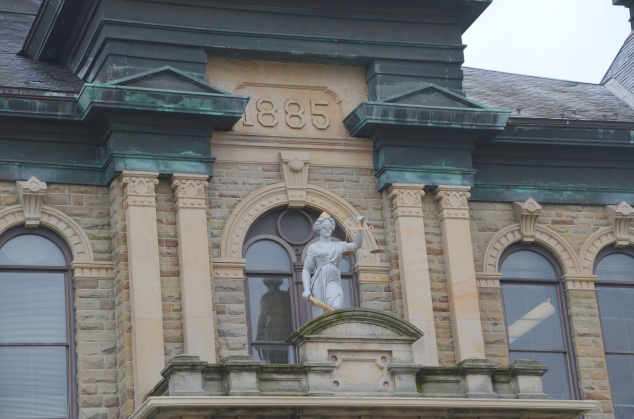 The architecture photos are from the village of Millersburg in Holmes County, Ohio. I haven’t shared these photos on my blog before. Millersburg is in the heart of the largest Amish settlement. This is the Courthouse at the county seat. 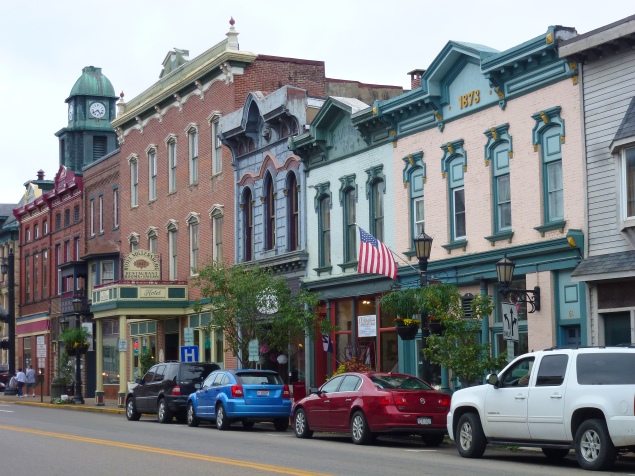 We found the downtown to be charming with many interesting shops and original architecture.

Hotel Millersburg built in 1847 is on the left. The Hotel, which has been placed on the US Department of Interior’s National Register of Historic Places, is located in the center of the Millersburg National Historic district.

Now to the present…how’s January 2017 shaping up? Things are busy here and I’ll have a lot to share later. We are still cold and icy but nothing to compare with other parts of the country.

Ohio country roads. We didn’t make it to the larger cities in Ohio like Cleveland or Columbus. On this drive we were headed to the airport in Detroit to fly back to Washington State. 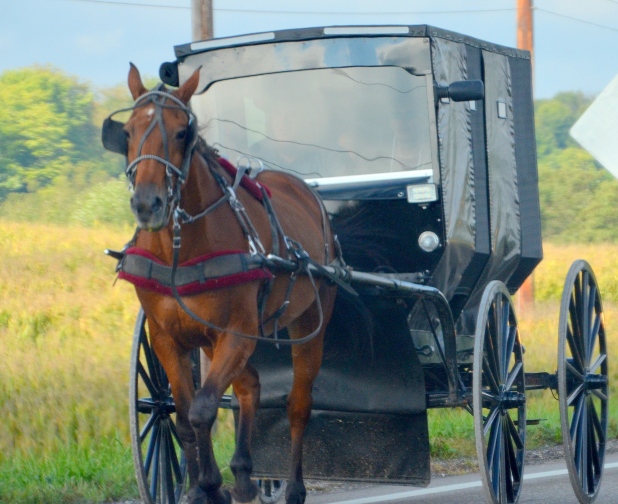 It was always a treat to see a horse and buggy although it was scary to see scenes like this next one.

A tanker passing the buggy on the road.

We stopped at this General Store near Sunnyslope before we drove through Nashville, Ohio. 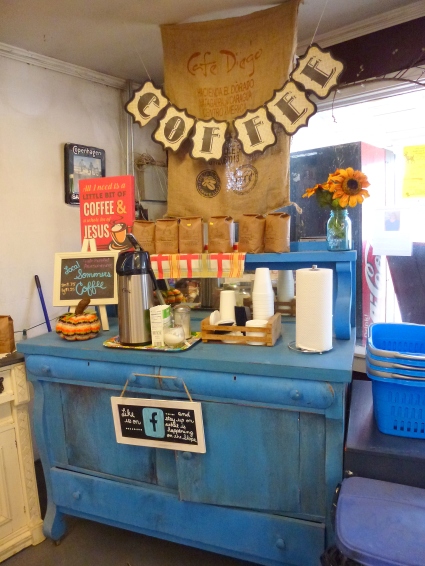 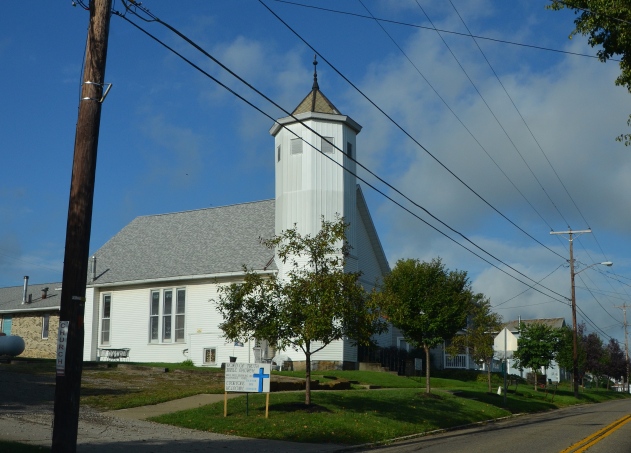 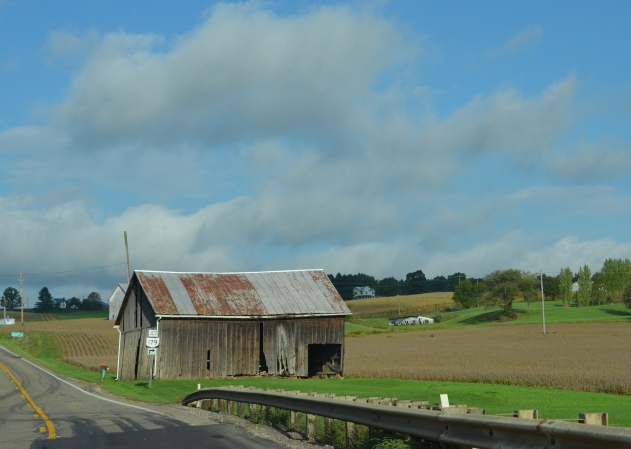 First Presbyterian Church in Loudonville was having a Ham and Bean Supper. Loudonville is in the heart of Mohican Country. 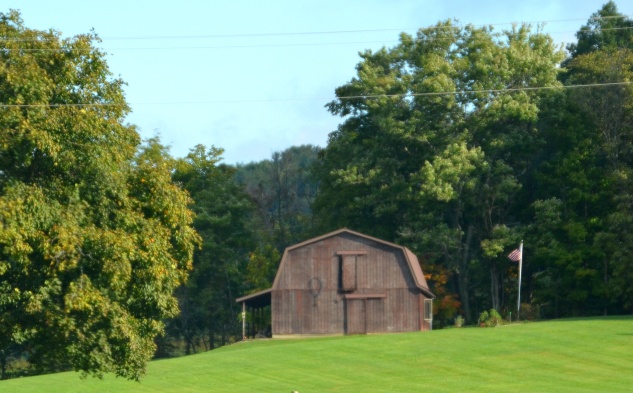 Just after Hayesville we connected to Highway 30 to head west and connected to 75 north onward to Michigan. We stopped in Toledo, Ohio for lunch. Toledo was the largest city we navigated on this trip.

Holy Toledo! Many of us have heard the expression, but where did it come from?

The origin of the exclamation “Holy Toledo!” is the subject of much speculation. One suggestion is the name came about because of the heavy concentration of churches located on Collingwood Boulevard, according to the Greater Toledo Convention and Visitors Bureau.

Other suggestions of origin are not religious, but may be more likely. Holy Week has always been the worst week at the box office for show business; old-time Vaudeville actors contended that any week in Toledo was Holy Week. Toledoans Joe E. Brown and Danny Thomas popularized the term as they became nationally known performers. 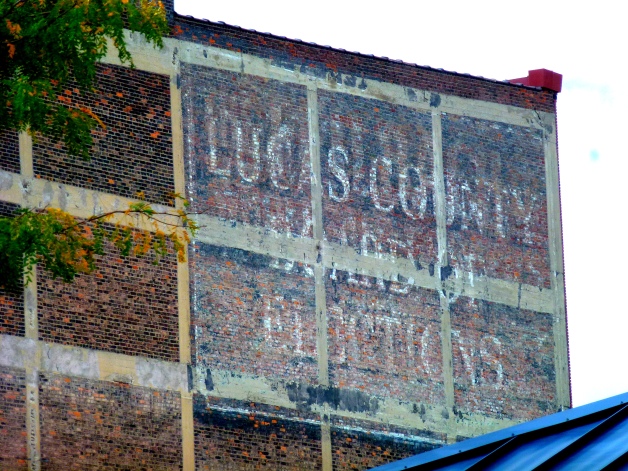 This Ghost Sign says Lucas County Board of Elections.

After driving around this area looking for a spot that was open to have lunch we settled on the Ye Olde Durty Bird. It was open and there was parking across the street. Sometimes those are the best reasons to choose a spot in a downtown area. Thankfully it was good.

Time will tell if I link up to any memes this weekend. Got some laziness going on. How’s your Saturday going?

I will link up to InSPIREd Sunday and to the Barn Collective and to Monday Mural and signs, signs.

All these roads, signs, and fences are from our trip to Amish Country at the end of September. These roads are in Holmes County, Ohio. 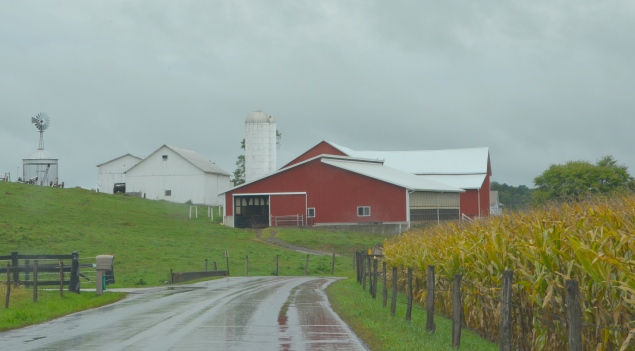 Linking up today for ABC Wednesday with Mrs. Nesbitt, Roger and the team. R is for Road Less Traveled.

Also linking up later in the week to signs, signs with Lesley and Good Fences with TexWisGirl.

Farms from a distance for The Barn Collective in Amish Country Ohio. 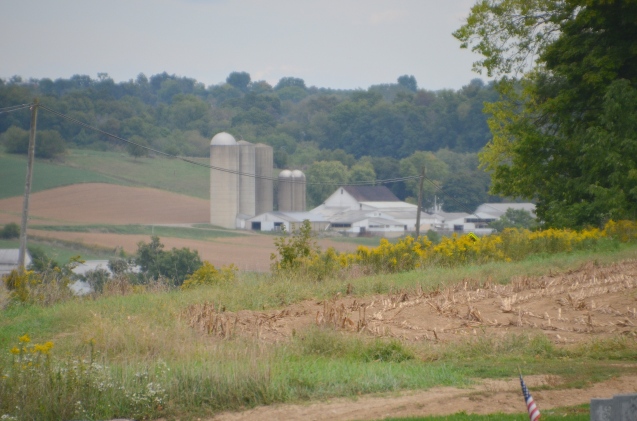 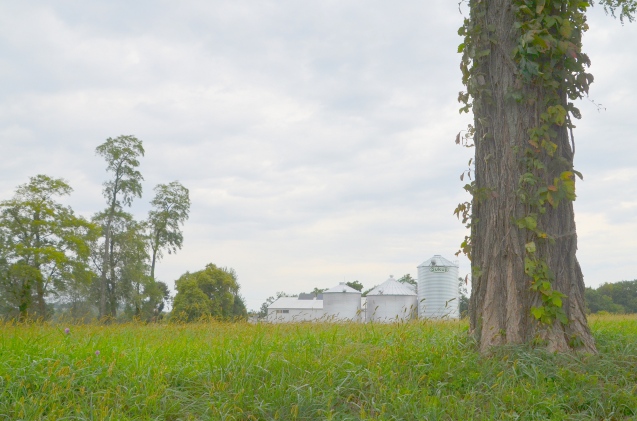 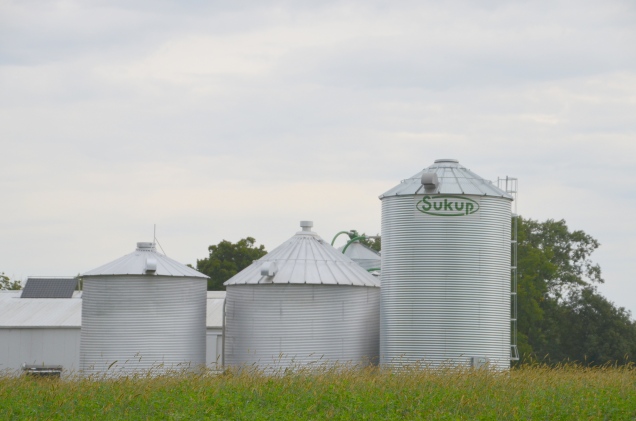 Linking up with Tom the Backroads Traveller for The Barn Collective.

We had a lazy mostly indoor Saturday with lots and lots of rain. Today, Sunday, we’ve had some blue skies and sunshine. We spent the afternoon with our oldest kids. They fed us well and we had some good conversation. We’ve followed super Sunday in Major League Soccer to see who will move forward in the playoffs towards the MLS Cup final game. Montreal is moving on and it looks like Toronto will, too, eliminating both New York teams. We (Seattle) play Dallas this evening. Colorado eliminated Los Angeles earlier today. This information is probably only interesting to me and that’s okay.

Hope you all are having Sundays filled with good things you enjoy! 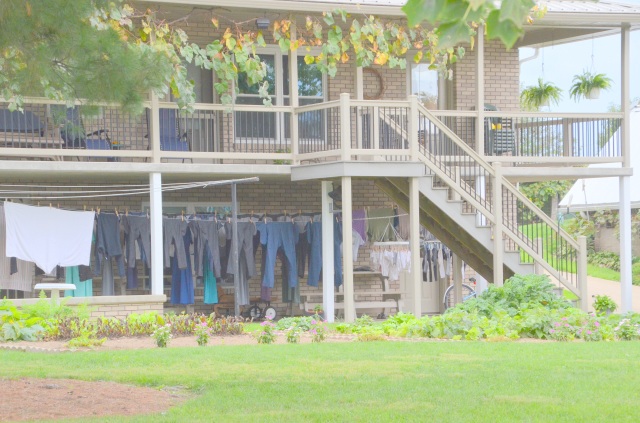 I don’t know if every Wednesday is washday but on this particular Wednesday as we drove the country roads we spotted many wash lines filled with clothing drying in the wind. This area has a large population of both Amish and Mennonite folk. 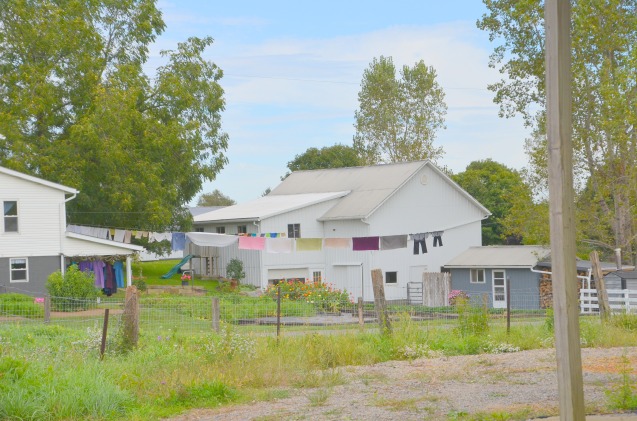 ON A WINDY WASH DAY MORN

Soaked and scrubbed in a round tin tub
with homemade soap
up and down the ribs of a wooden washboard
by hands rubbed red & raw
on a windy wash day morn.

Stiffened with starch, squeezed
and wrung to a twisted laundry rope
then hung on lines to flap
back and forth and snap dry
on a windy wash day morn.

Laid on the lawn like paper cutouts
clean shirts and sheets, towels and skirts
smelling of sun and clouds and wind
wait to be ironed and worn and dirtied
again for another wash day morn. 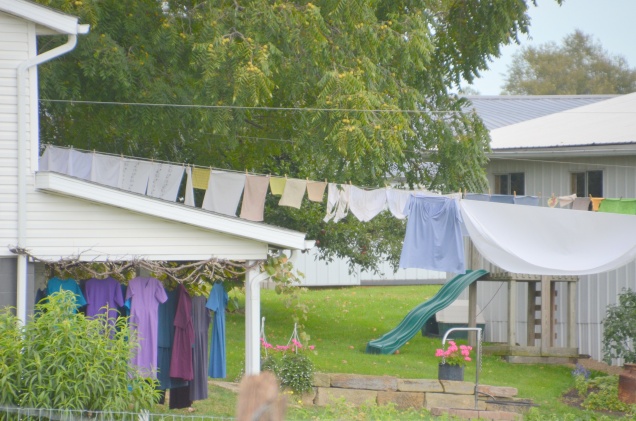 They really have some great pulley systems and other clothes hanging inventions to make the job more efficient.

Do you have a set day to do laundry?

I’m linking this post to Good Fences with TexWisGirl. 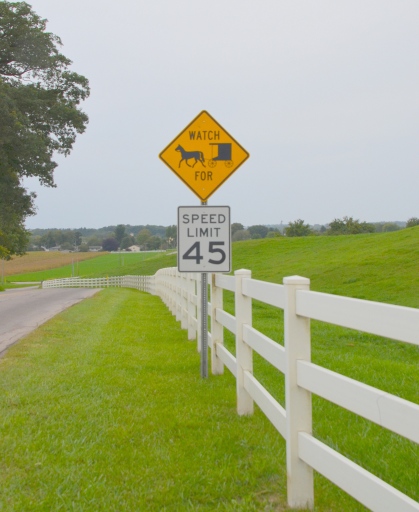 On Saturday morning we leave this beautiful part of Ohio and head to the Detroit, Michigan for our flight back to the Pacific Northwest. There is a lot to share about the things we’ve seen, enjoyed and learned while being amongst the Plain People in Amish Country.

We are still in Amish/Mennonite Country and I’ve had little time to come around and see what’s going on with my bloggy friends.

We are making some new friends out and about on the country roads around here.

Today we had some downpours along with lightning and thunder.

We traveled from Shipshewana, Indiana to Sugarcreek, Ohio yesterday and woke up to this peaceful view this morning. We have a full afternoon and evening today.