We take time to stop and remember the sacrifices that have been made for our freedom. Some gave all. This is Memorial Day.

Pay to all what is due them—taxes to whom taxes are due, revenue to whom revenue is due, respect to whom respect is due, honor to whom honor is due. Romans 13:7 (NRSV) 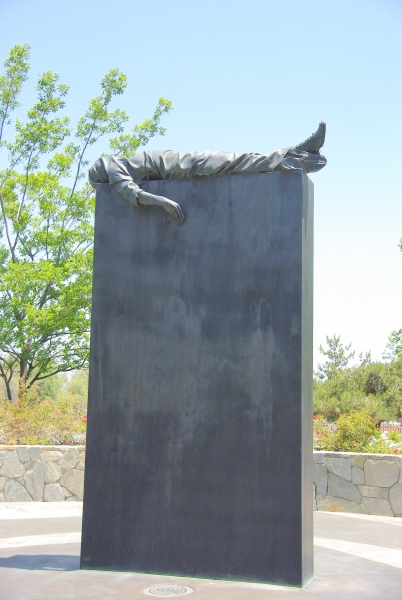 This weekend we remember those who served our country and died in combat. This is the Veterans Memorial at the Riverside National Cemetery in Southern California. 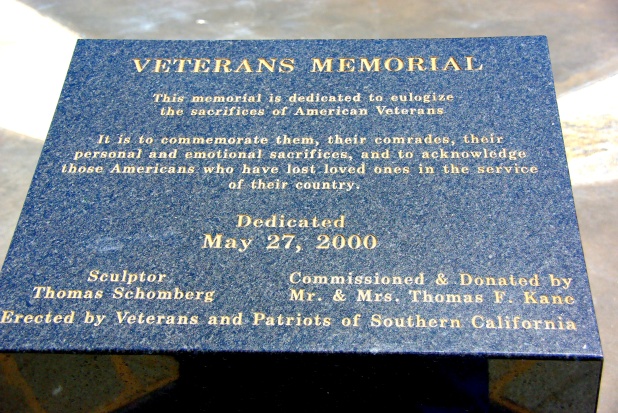 We remember that this isn’t just a long weekend and a barbecue but a significant time that has been set aside on our calendars to acknowledge that sacrifices have been made for our nation and our well being.

Part of our family was able to spend some time at this cemetery in May of 2012. Dear’s father is buried here and we had never seen his grave marker. I took most of these photos then. On Veterans Day in 2015 we were at this cemetery again to bury our brother in law who served in the Viet Nam War. The next photos are from that day.

Memorial Day is the day we honor those who served their country and died in that service.  For our Son-in-law who lost several of his fellow Marines in Afghanistan and in a training exercise in Nevada just within the last few years, the memories are close and raw.

These young men, warriors, that our son-in-law feels privileged to have served with, we remember and pray for their families who remember them everyday not just on Memorial Day.

I’ve been away from my computer all weekend with a short trip to California to honor our dear old pop on his 95th birthday. Hopefully I’ll be able to share some photos from our short time there.

Here in the U.S.A. we are at the beginning of our Memorial Day Weekend with Monday May 25th being a national Memorial Day holiday.

When we were in Southern California for our nephews wedding in 2012 we made a special trip to Riverside National Cemetery where Dear’s father was buried in October of 1985, just a couple months before our Katie was born. Today I’m sharing some very dramatic memorials from the cemetery for this Memorial Day Weekend.

When the Warrior Returns

When the warrior returns, from the battle afar,
To the home and the country he nobly defended,
O! Warm be the welcome to gladden his ear,
And loud be the joy that his perils are ended:
In the full tide of song let his fame roll along,
To the feast-flowing board let us gratefully throng,
Where, mixed with the olive, the laurel shall wave,
And form a bright wreath for the brows of the brave.

We thank God our son-in-law, our warrior returned from his perils.

Riverside National Cemetery is the third-largest cemetery managed by the National Cemetery Administration, and since 2000 has been the most active in the system based on the number of interments. It was established in 1976 through the transfer of 740 acres from March Air Force Base, which during World War II was called the U.S. Army’s Camp William G. Haan. The cemetery was dedicated and opened for burials Nov. 11, 1978. An additional 181 acres was transferred by the Air Force in 2003.

Walking up to the Medal of Honor Memorial you see each of the seals of the branches of service. Of course we have our favorite…

Several Medal Honor Recipients are buried at this cemetery.

The Fallen Soldier/Veterans’ Memorial, erected in 2000, is dedicated to all service members who gave the ultimate sacrifice for their country. The dramatic bronze structure topped by a lifeless soldier is located near the lake at the entrance to the cemetery.

This and the POW/MIA Memorial were very moving…

The Prisoner of War/Missing in Action National Memorial was designated as a national memorial by the U.S. Congress in 2004 through Public Law 108-454. The memorial was dedicated on September 16, 2005. Vietnam veteran Lewis Lee Millett, Jr., sculpted the bronze statue which depicts an American serviceman on his knees with hands bound by his captors. The statue is surrounded by black marble pillars that evoke imprisonment.

While we were at the cemetery we had an unexpected treat. See everyone looking up? March Air Force Base was hosting an air show this weekend and we got a wonderful view of the Patriots Jet Team.

Hope you have a meaningful Memorial Day weekend.

We take time to stop and remember the sacrifices that have been made for our freedom.

This weekend we remember those who served our country and died in combat. This is the Veteran’s Memorial at the Riverside National Cemetery in Southern California.

Part of our family was able to spend some time at this cemetery in May of 2012. Dear’s father is buried here and we had never seen his grave marker.

We remember that this isn’t just a long weekend and a barbecue but a significant time that has been set aside on our calendars to acknowledge that sacrifices have been made for our nation and our well being.

We do also plan to celebrate the living this weekend with a barbecue timed strategically between the rain showers! What are your plans?

Click on the badge above to join in the beauty with Claudia at Dipity Road.

We traveled 1200 miles over 3 days last weekend and we found lots of beauty along the way. We traveled from Camarillo, California north along Highway 101 stopping in Santa Barbara, Paso Robles, Gilroy, and then for our first overnight in Pleasanton, California.

Main Street in Pleasanton was a nice street with lots of great shops, wine tasting rooms and restaurants. The rain that fell on us for much of our journey subsided when we arrived in Pleasanton so we had a very nice walk before dinner. Our hotel was located on Main Street and I’ll publish a post about it soon.

This Veterans Memorial Building really stood out against the blue sky and clouds.

They changed the original verse from the Bible to read “for his country” instead of  “for his friends”. I’m including more of the context of this passage with the verses that follow. These are from the King James Version of the Bible.

13Greater love hath no man than this, that a man lay down his life for his friends.

14Ye are my friends, if ye do whatsoever I command you.

15Henceforth I call you not servants; for the servant knoweth not what his lord doeth: but I have called you friends; for all things that I have heard of my Father I have made known unto you.

16Ye have not chosen me, but I have chosen you, and ordained you, that ye should go and bring forth fruit, and that your fruit should remain: that whatsoever ye shall ask of the Father in my name, he may give it you.

17These things I command you, that ye love one another.

Thank you to Claudia for hosting “Finding Beauty” and I do hope you all have a beautiful Friday!