For InSPIREd Sunday and Spiritual Sundays I’m going back to a road trip our daughter and I took to get her back to North Carolina to welcome her husband home from his second tour of duty in Afghanistan with the Marine Corps. One of the places we took time to visit was Bellefontaine Cemetery in St. Louis, Missouri. 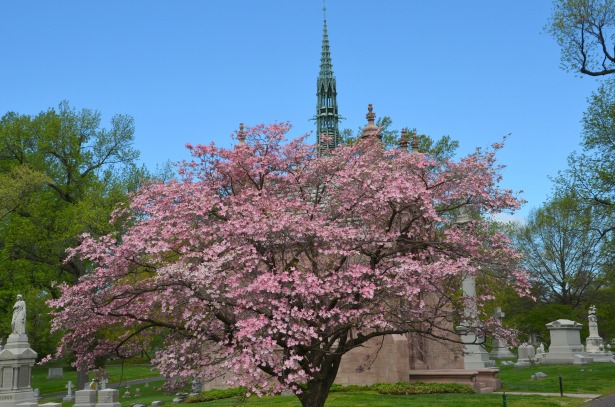 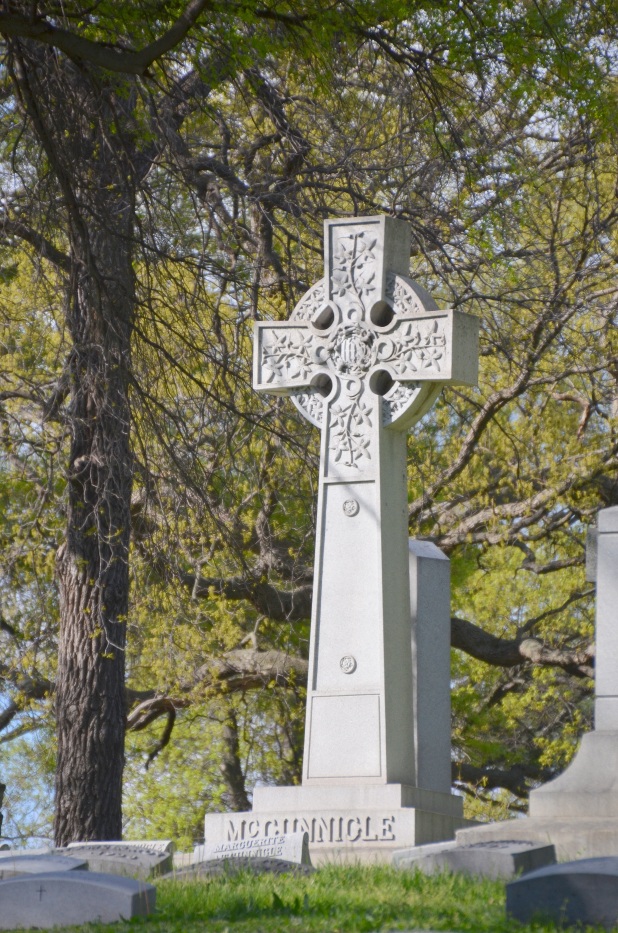 The Legend of the Dogwood

There is a legend, that at the time of the Crucifixion the dogwood had been the size of the oak and other forest trees. So firm and strong was the tree that it was chosen as the timber of the cross. To be used thus for such a cruel purpose greatly distressed the tree, and Jesus, nailed upon it, sensed this, and in His gentle pity for all sorrow and suffering said to it: “Because of your regret and pity for My suffering, never again shall the dogwood tree grow large enough to be used as a cross. Henceforth it shall be slender and bent and twisted and its blossoms shall be in the form of a cross. ..two long and two short petals. And in the center of the outer edge of each petal there will be nail prints, brown with rust and stained with red, and in the center of the flower will be a crown of thorns, and all who see it will remember.”

I recognize that this is just a legend but I wanted to post this entry because I’ve always loved the Dogwood blooms. If I look at them and think about what my Savior did for me that’s a good thing. He created the tree, the beautiful bloom, and you and me to enjoy it!

We will be taking a short road trip to Canada on Saturday. I’ll share about our time next week. It takes us under two hours to get to the U.S./Canadian border from where we live in Washington State. Hope you have a wonderful first weekend in May!

So here we are at good ole X in the alphabet. This is a letter for ABC Wednesday that takes a little creativity. Thank you to the ABC team for managing this meme and to Denise Nesbitt the founder.

Did you know that X stands for Christ and Cross and other stuff, too?

At Easter I make a Russian sweet cheese spread called Seernaya Paska that we spread on Russian Easter Bread that is called Paska by a lot of people and Kulich by my Russian relatives. In the Russian alphabet X is the first letter in Christ. We decorate the sweet cheese spread with an X and a B. X for Christ and B for arose/risen. Christ is Risen. 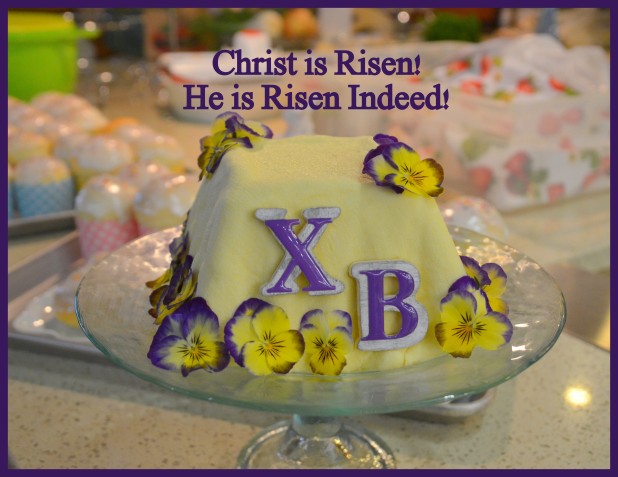 If you are a regular on my blog you know I like to wander around very old cemeteries. There are always a great variety of crosses to photograph. Here are a couple. 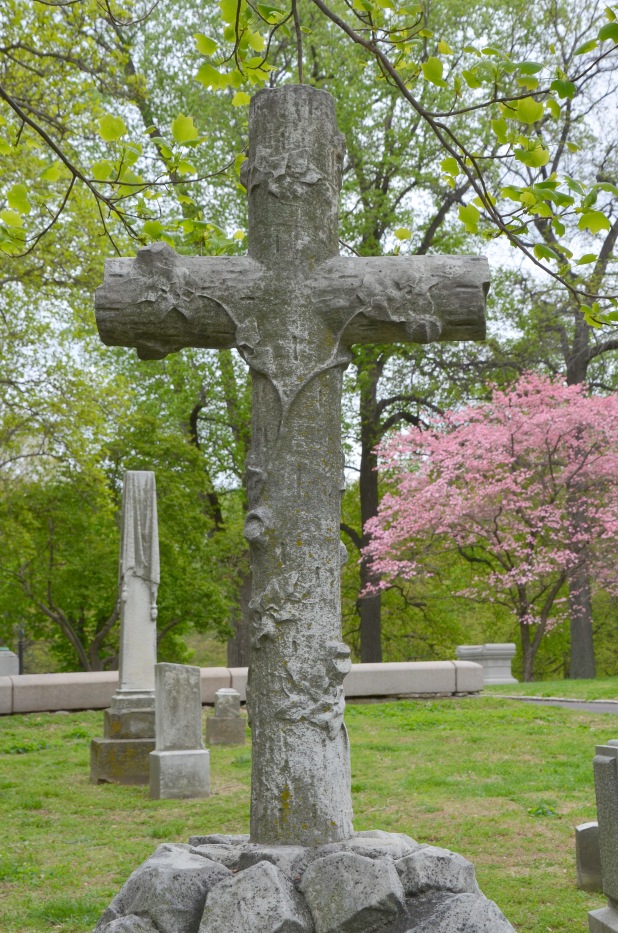 Windmills have a natural X visible from the formation of their rotor blades. 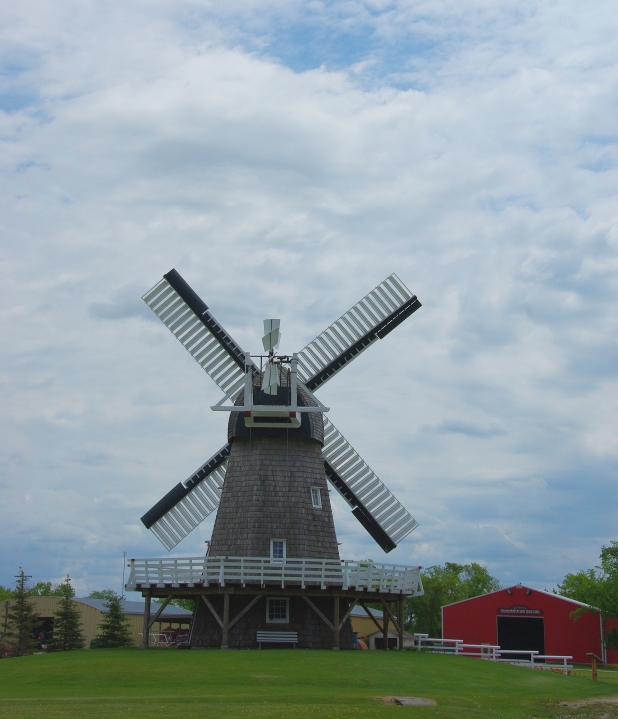 This windmill is located at the Mennonite Heritage Village in Steinbach, Manitoba, Canada.

This Windmill is located at Roozengaarde Tulip Garden in Mount Vernon Washington State.

That’s it for my offerings on the letter X. I’ll be curious to come around and see what you found for this challenging letter.

Summer has arrived in the Northern Hemisphere. I’m still watching all the World Cup Soccer I can fit in. Our bathroom renovation is progressing. Never a dull moment at this old house. Someone mentioned and I’m in agreement that we don’t seem to have ordinary weeks or days anymore. I’ll have to cling to the verse in the Bible that says… 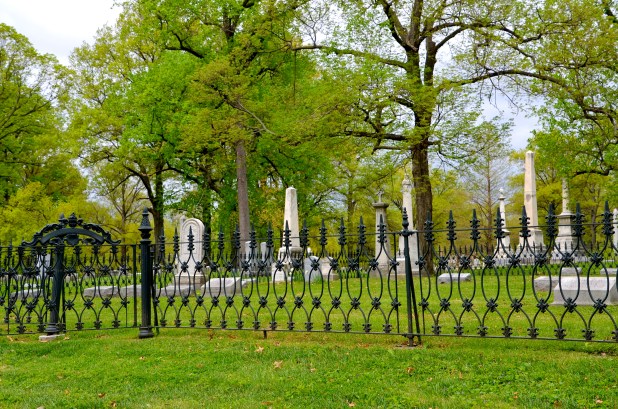 My fence this week is from Bellefontaine Cemetery in St. Louis, Missouri. My daughter and I spent a few hours here on our road trip from Seattle to North Carolina. If you like cemeteries this really is a worthwhile one to visit with many wonderful monuments and so much interesting history.

I’m joining TexWisGirl at Run *A* Round Ranch for Good Fences.

Thank you for being a fabulous hostess!

The finale to my Monumentale Cemetery photos are all from a indoor portion called the Hall of Fame. I’m also sharing a link to a post Lovella shared on her blog yesterday about her visit to my old house.

You can see Lovella’s behind the scenes shots of my old house by clicking here.

Yes…the ceiling was that blue!

This was one of the very few images we saw of the risen Christ.

Another week is flying by at this old house.  A free calendar has been a blessing. It has been interesting making plans for a 90th birthday party for my folks from 1200 miles away. Our 70 or so guests will just have to be flexible along with the party planner! Since most of those 70 are related to the guests of honor the pressure is minimal. How’s your week going?

I enjoy older cemeteries where there are still grave markers/monuments that are above ground. We found this cemetery on our travels to Eastern Washington in the city of Republic.

Republic, Washington is a city with an early 1900s look and a heritage based in the mining and logging industries. Originally named Eureka Gulch, Republic had a population of 954 in 2000. Noted for its fossils, natural beauty and recreational possibilities, it is nestled in a valley between Wauconda and Sherman Passes at the intersection of Washington State Routes 20 and 21 in the north central part of the state.

In 1898 a woman on horse back rode the hills around Republic, Washington looking for a suitable burial place for a man who’d recently died. At the time, Republic was a rough and tumble gold rush town filled to the brim with miners, and as yet hadn’t established a cemetery. That all changed when a man named Patrick Callahan died in Republic’s first mining-related accident.

Unfortunately a number of early wooden grave markers were lost when well-intentioned citizens attempted to use a controlled burn to remove weeds that had grown up around the edges of the cemetery. The fire burned out of control. Fred Bremnar of the Republic Cemetery Association described it as “…a good deed, gone bad.” Sadly, there are no written records of those grave sites.

The panoramic view of the San Poil River and Curlew Lake valleys and the Kettle Range beyond can only be described as mesmerizing.

Dear went back to work this week and I’m trying to get things organized around here before we fly off to a wedding in California this weekend. Today I’m going to mow the weeds! If I didn’t have weeds I wouldn’t have to mow since my grass isn’t growing. We are having another sunny warmer spell here but it still feels like Fall in the air. Blessings!

Photobucket replaced all my photos with ugly black and grey boxes and they are holding my photos hostage until I pay them lots of money. I’m slowly going through all my posts and trying to clean them up and replacing some photos. Such a bother.

I’m continuing my Easter/Holy week theme with Outdoor Wednesday for this week. I love to walk through old cemeteries where there are above the ground headstones. There are always the coolest crosses to be found.

Seattle, Washington. If you look closely in the background you can see the Space Needle.

Christ the Wisdom and Power of God

For the message of the cross is foolishness to those who are perishing, but to us who are being saved it is the power of God. For it is written:
“I will destroy the wisdom of the wise;
the intelligence of the intelligent I will frustrate.” Where is the wise man? Where is the scholar? Where is the philosopher of this age? Has not God made foolish the wisdom of the world? For since in the wisdom of God the world through its wisdom did not know him, God was pleased through the foolishness of what was preached to save those who believe. Jews demand miraculous signs and Greeks look for wisdom, but we preach Christ crucified: a stumbling block to Jews and foolishness to Gentiles, but to those whom God has called, both Jews and Greeks, Christ the power of God and the wisdom of God. For the foolishness of God is wiser than man’s wisdom, and the weakness of God is stronger than man’s strength.