I was a little tired of the window coverings in our living room so I went from sloppy to neat and I think I’ll enjoy the new look. Nothing major but a nice change for my eye. 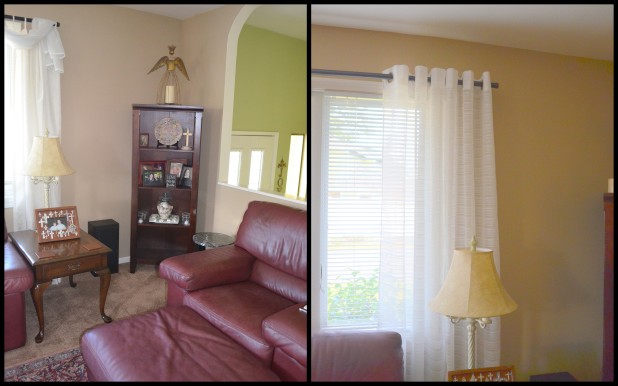 The new panels are on the right and the old look is on the left. I blew it and didn’t take clear photos of the old look before I took down the panels to replace them with the new more tailored look.

I went with very sheer panels because we like to have all the light we can come through into the room. The panels were very reasonably priced at Home Goods. I also got a new curtain rod that Dear has not had a chance to install yet. A set of 2 panels cost $14.99. I bought 4 panels, 2 for each side. The new curtain rod was $19.99. So for a little over $50.00 I have a new look. Do you have HomeGoods or HomeSense where you live? I have gotten some great products from this chain. 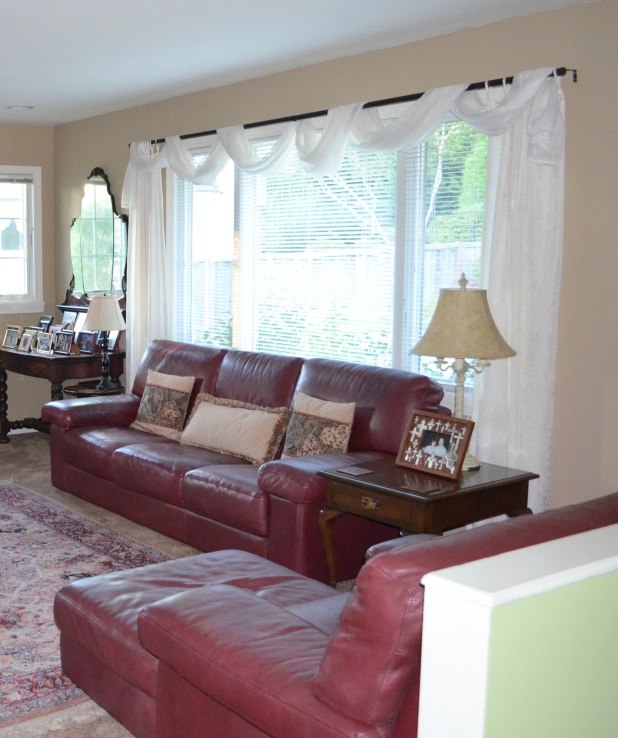 The thing that remains is that I take lousy photos of my front windows. Another thing that is different in the new look is the Blue Service Star flag/banner that you can see through the blinds. Our son in law is still actively deployed and that banner stays in the window until he returns from his deployment.

Have you changed something up at your place during this long Winter?

O God, the Strength of Those Who War

Breathe on our land the spirit calm
Which faith in right bestows,
And in the hours of dark suspense
A faith which stronger grows.

In Thee alone we place our hope,
Thou Keeper of the just,
And Thou, through fight and fire and fears
Wilt justify our trust.

Thy ways are wonderful, O God,
Who makest wars to cease:
O let this be the final war
That ushers in Thy peace. 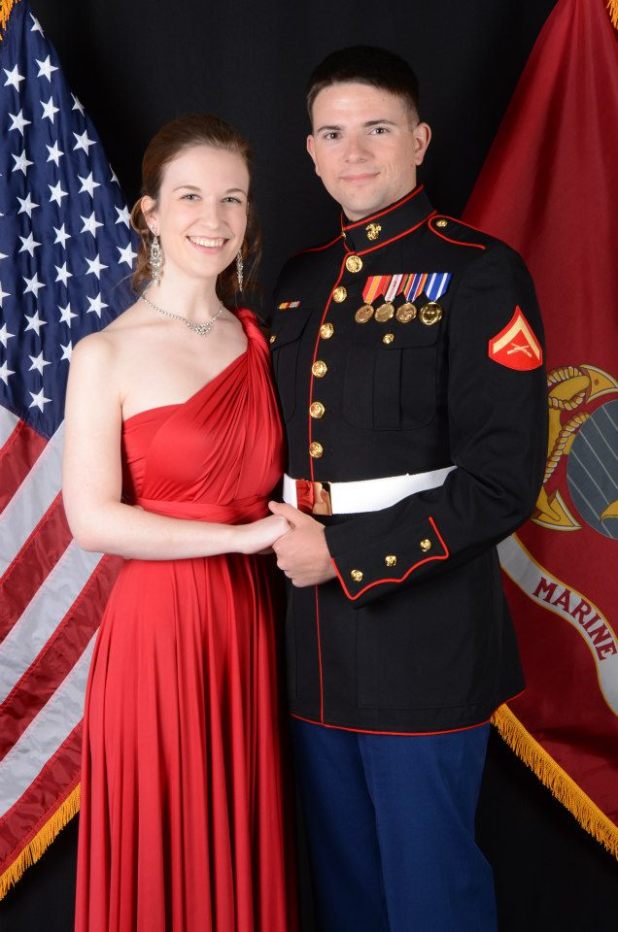 We have our U.S. and Marine flag flying today and yesterday. Yesterday was the Marine Corp Birthday. Our Marine was given a nice meal and a piece of celebration cake in Afghanistan yesterday. We are wearing our Poppy broaches yesterday and today.

And until our Marine comes home from his deployment we keep our Blue Star Service Banner in our window.

The Blue Star Service Banner was designed and patented in 1917 by World War I Army Capt. Robert L. Queisser of the 5th Ohio Infantry. Queisser’s two sons served on the front line. His banner quickly became the unofficial symbol for parents with a child in active military service.

There are businesses that offer Military dependents discounts today. Not sure if Katie and I will head out and take advantage of some of those. What are your Remembrance Day/Veteran’s Day plans?

We took a little road trip last week to the Oregon Coast and Bonneville Hot Springs in Washington. On our way from the coast for breakfast in McMinnville we took Highway 18 and spotted a sign for a covered bridge. The original bridge was built in 1914 but was damaged and was rebuilt. The new rebuilt bridge is on private property that is owned by a military family with a son in service with the Marines. We can relate to that.

We found a great little cafe in McMinnville that bakes their own bread and has homemade jam. We enjoyed a granola crusted french toast and an egg scramble that was really tasty at Wild Wood Cafe. After breakfast I had a little sit and chat with Ben Franklin in the historic section of old town.

I’m linking up with the fabulous photographer Mary at Little Red House for Mosaic Monday, I guess it will be a special Labor Day Mosaic Monday.

I hope you all are enjoying your long weekend and you’ve fit in some time free from labor!!

The Blue Star Service Banner was designed and patented in 1917 by World War I Army Capt. Robert L. Queissner of the 5th Ohio Infantry who had two sons serving on the front line. It quickly became the unofficial symbol of a child in the service.

On Sept. 24, 1917, an Ohio congressman read the following into the Congressional Record: “…The mayor of Cleveland, the Chamber of Commerce and the governor of Ohio have adopted this service flag. The world should know of those who give so much for liberty. The dearest thing in all the world to a father and mother – their children.”

During World War II, the Department of War issued specifications on the manufacture of the flag as well as guidelines indicating when and by whom the Service flag could be flown or the Service Lapel button could be worn.

The Blue Star Service Banner typically displayed in windows is an 8.5 by 14-inch white field with a blue star(s) sewn onto a red banner. The size may vary but should be in proportion to the size of the U.S. Flag.

Today Blue Star Service Banners are displayed by families who have a loved one serving in the armed forces including the National Guard and Reserves of all military departments. The banner displayed in the front window of a home shows a family’s pride in their loved one serving in the military, and reminds others that preserving America’s freedom demands much. It can also be displayed by businesses and organizations as well.

There are some sorrowful things in our world and my world right now. It is wonderful to have hope in all God has done for us through Jesus Christ…

Hope you have hope in the one who is able to save all that is lost.