… was NOT a hit this year for Addy. It was fun for me to be at her Santa photo shoot, though. She just wasn’t sure about the old guy in the red suit and beard. 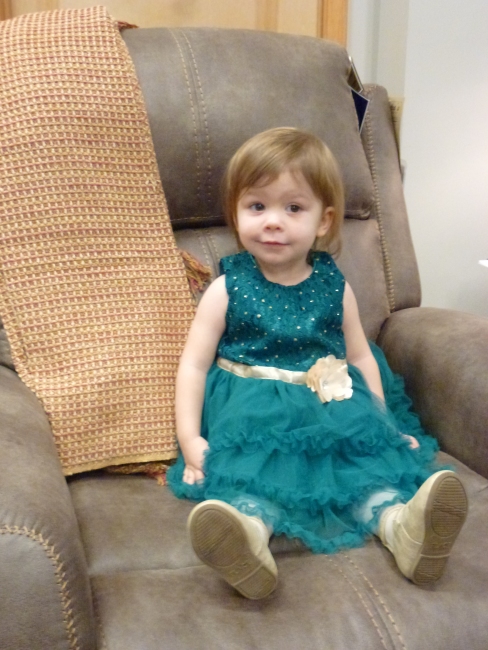 She was just fine sitting all by herself far away from Santa. 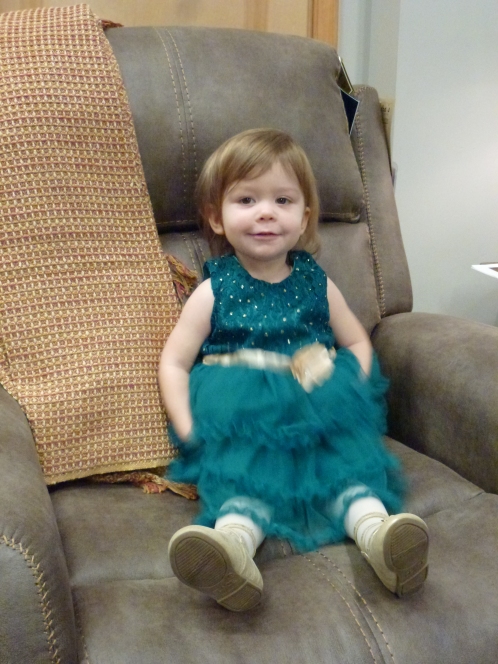 Later in the day after her nap, Addy’s mommy and daddy brought her to Baba and Gramps so we could all enjoy dinner together. Addy likes to rewind and do all the things we did the time before she was over. So we go to the bedroom where we keep her toys and she gets the dolls she plays with here. She has also decided that it’s fun to put all the manger scene people and animals in a little owl bag. This time around she learned how to turn off and turn on the battery operated candles I have down on her level of reach. That kept her busy for quite a while. She doesn’t like it when it’s time to go home.

Today we visited a different church in Colville where the kids come up to the front of the church right before the sermon. This church had them recite a memory verse they’ve been working on and then they let each child say a prayer to God. The first young boy to pray said “Dear God, thanks for nothing.” I tried not to laugh. His mother in the front row looked mortified. The pastor took it in stride and held the mic in front of the next little one who thanked God for his mother, father, and dog. By this time the mortified mother got her son’s attention and he came down to the front row next to her and then they both exited the sanctuary. When all the little ones were done with their short prayers they were excused to go downstairs for Sunday School. Hope that little guy didn’t get into too much trouble.