For Father’s day in 1987 we gathered at a park in Southern California for food and a baseball game. We ordered t-shirts for everyone, red for all the kids, blue for all the adults. The baseball game was kids vs. adults. It was a fun gathering. I’m guessing the kids won the baseball game. Our Katie was the youngest of Moisi and Nadia’s grandchildren at this time. Moisi is next to her in this photo. We included Dear’s family for this gathering so Jenna and Annie are in the line-up along with all of Moisi’s grandchildren to date. We lined the kids up according to age.

(Jenna), Danielle, Debbee, John, David, Michelle, Joshua, (Annie), Michael, Daniel, Melissa, Stephen, Timothy, Katie and our Patriarch, Moisi. More grandchildren were born after this gathering. Timothy has 3 more brothers, Levi, Caleb and Joseph. After our brother Tim’s first wife passed away he married Letty who has two sons, Derek and Anthony. Our brother Leonard was married in 2004 (?) and has two children, Hope and Andrew. Nineteen grandchildren in all. I won’t mention the great grandchildren here. 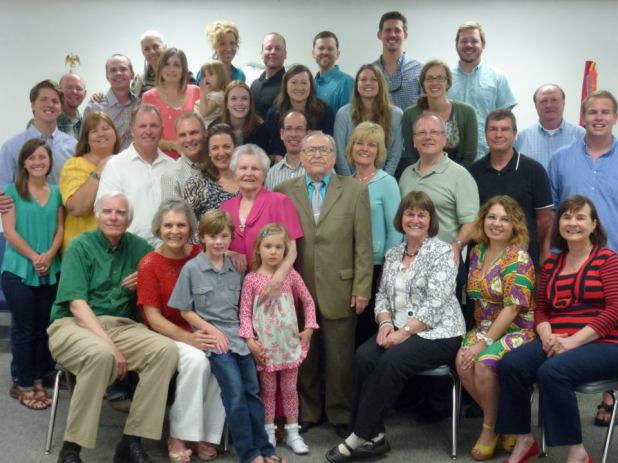 April of 2013 ~children, grandchildren and great grandchildren. Several family members are missing in this photo.

September of 2013 at Nadia’s, our mom’s,  funeral~grandchildren and spouses and 3 great-grandchildren. 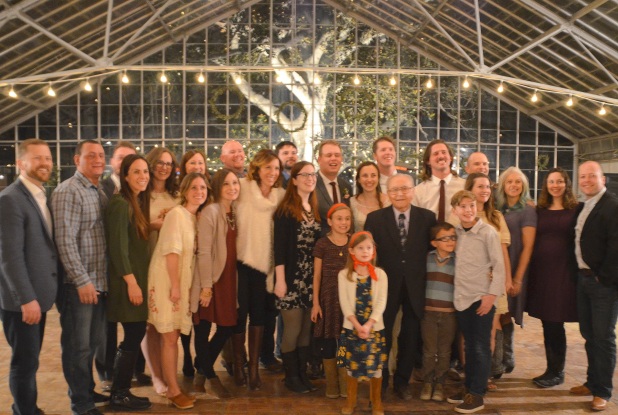 July 2018 at Moisi’s funeral. Grandchildren with spouses and five great-grandchildren. As usual several are missing.