Since Dear is retired now and soon he’ll be all wrapped up in building his shop we decided to take advantage of “free time” before the shop materials arrive to enjoy a day across the line. (that was a long sentence w/o punctuation) We crossed the border into Canada at a new to us crossing, Paterson, just north of the town of Northport in Washington state. We crossed the line at about 7am and we were the only ones crossing at this time in the morning.

British Columbia welcomed us with a few rules and cautions. Now we would have to think in kilometers.

Rossland is a city in the West Kootenay region of British Columbia, Canada. Tucked high in the Monashee Mountains, Rossland is at an elevation of 3356′. Its population is 3729, though it fluctuates from season to season. The population is at its peak during the winter. 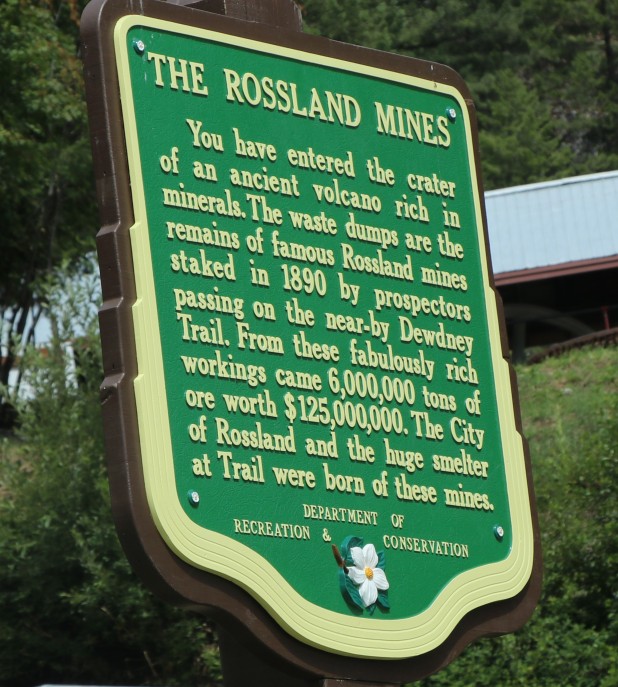 Rossland was our first stop in Canada with intentions of having breakfast at a restaurant called Fuel. It was housed in a refurbished gas station. I didn’t take a photo of the building but I did take a photo of our Eggs Benedict.

It was very good. We arrived in town at 7:30am and the restaurant didn’t open until 8am so we drove around the picturesque/quaint town.

The main road through town.

Born a Norwegian, Olaus Jeldness left his home country as a teenager for greener pastures in first the U.S., then Canada, then again in the U.S. Along with him, he brought his love for and adeptness at downhill skiing.

Play not for gain, but for sport.
Leap not for gold, but glee.
Oh! Youth, play well thy part
Whatever life’s gain may be.

You can read more about Olaus Jeldness here. 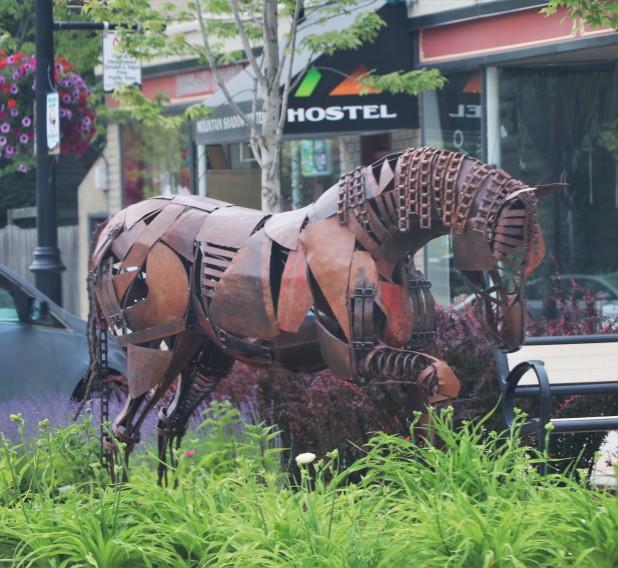 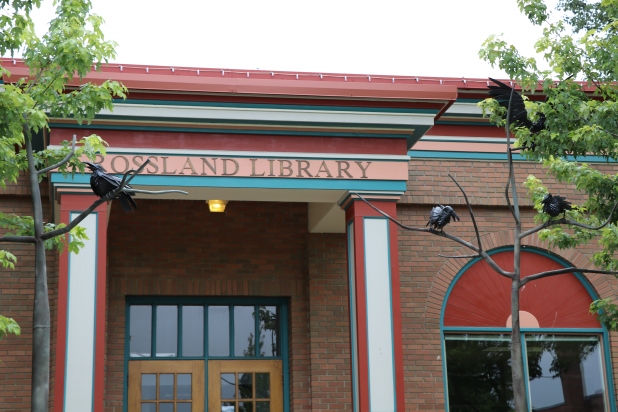 The Rossland Council for Arts and Culture also commissioned the installation of “The Storytellers”, a sculpture of ravens in trees, created by Andrew Raney from Salmo, outside Rossland’s public library. 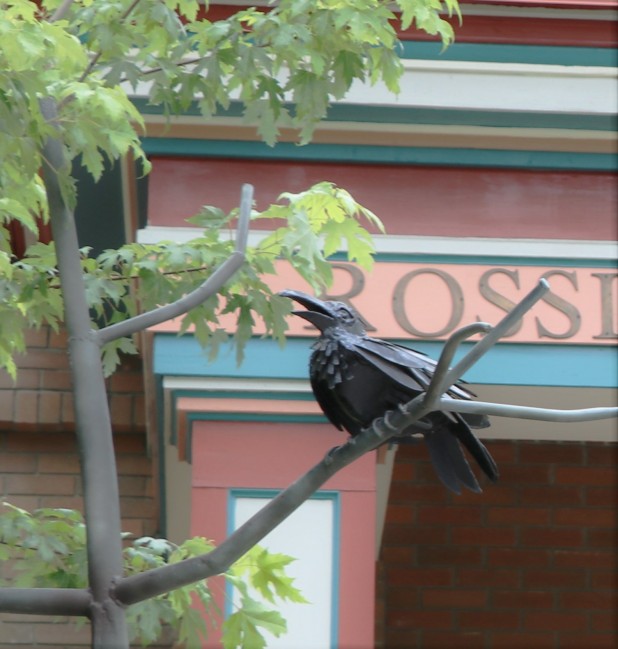 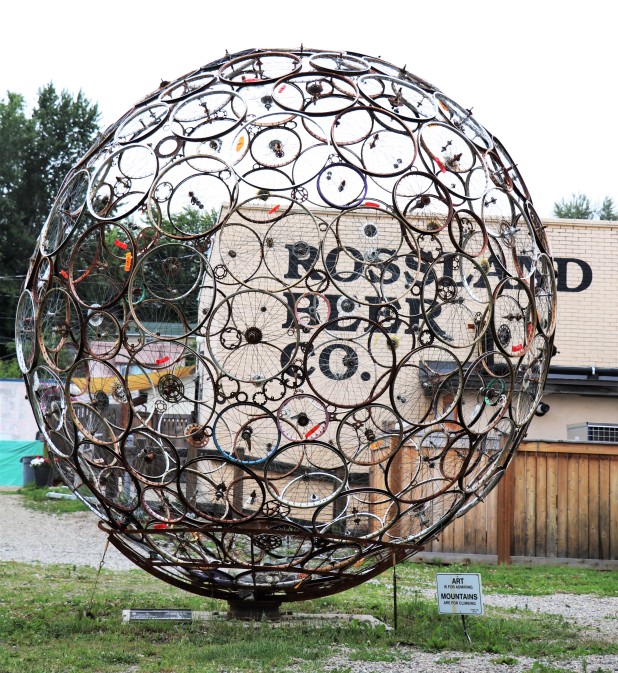 This one is called the Sphere of Influence. By Carl Schlichting (Slocan Valley, BC, 2013) The Sphere was leased for 2015. A perfect Sphere, constructed out of almost 200 old steel bicycle rims…

There were several other sculptures that we missed on this trip. 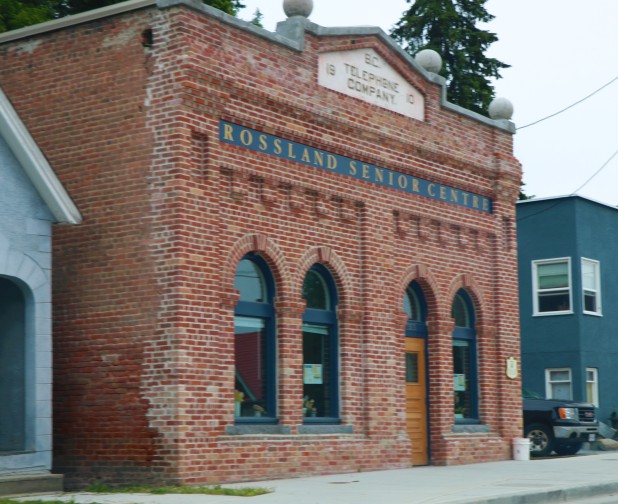 I enjoyed this little town and it’s close enough that we might take another trip in the future. 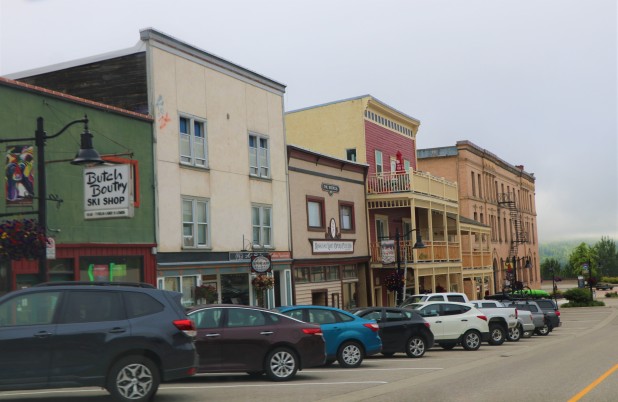 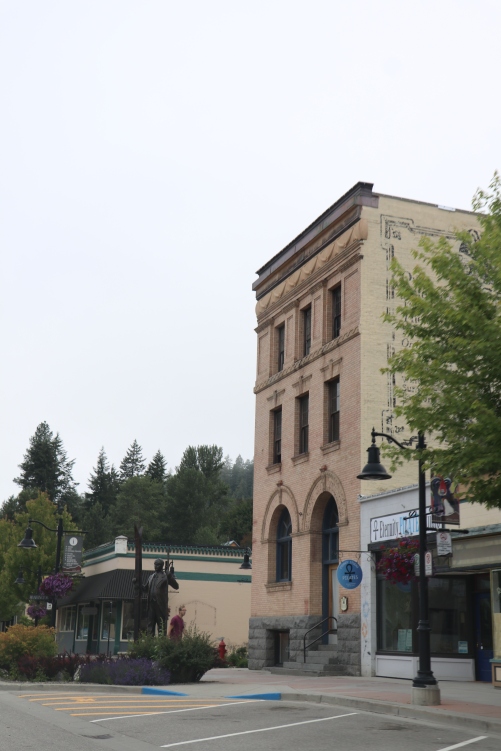 On our way back to the USA after visiting Nelson which I’ll share photos of in a future post we stopped in Rossland again and did some deli shopping at their local grocer, Ferraro Foods. They make their own delicious salamis. I took another photo of the main drag in the afternoon light. 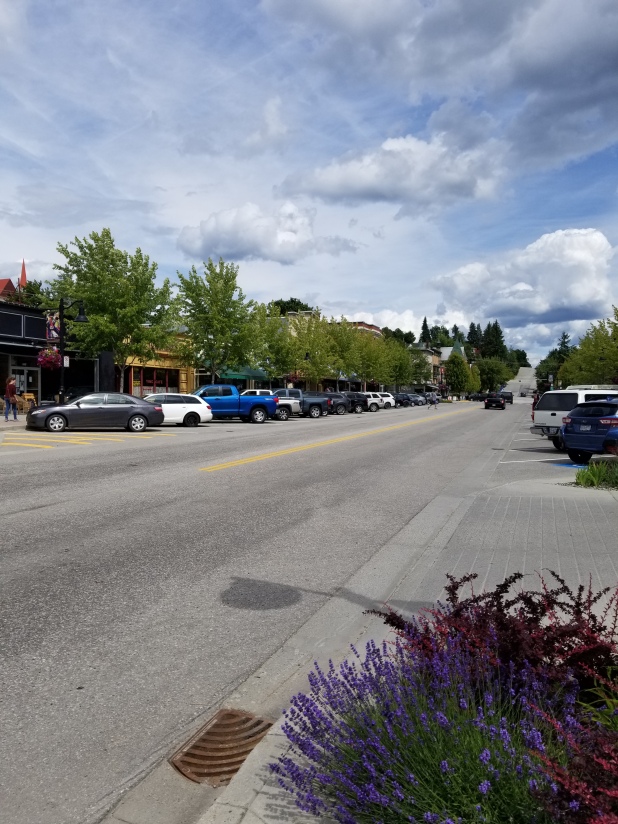 Sorry to those of you who because of WordPress  are having issues commenting.  I don’t know what to do to change that. 😦

Hope you all have a good weekend.

18 thoughts on “We Crossed the Line…”