We are on the letter K and I’m choosing Keepsake for my post.

This is a quilt my mother in law made before Alaska and Hawaii were part of the United States. It was in 1959 that Alaska and Hawaii became states so Verna made this quilt well before 1959. Rex and Verna got married in 1945. Verna was a one room school teacher in Kansas during World War II.

Each of the 48 states were represented with the state bird and state flower. 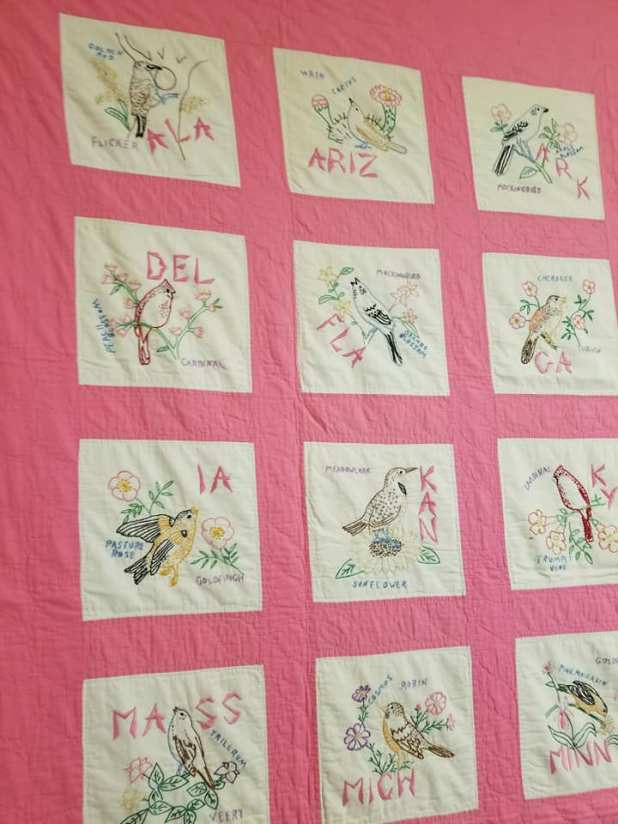 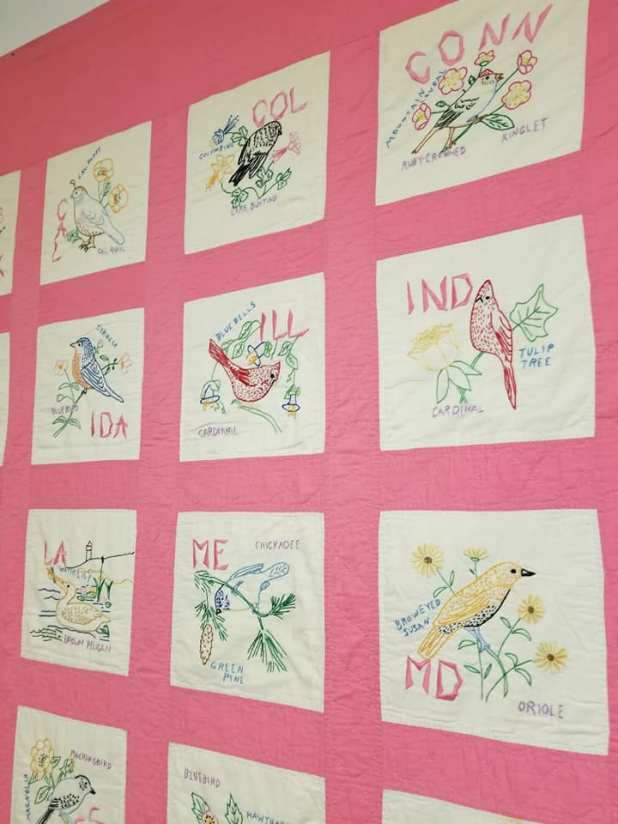 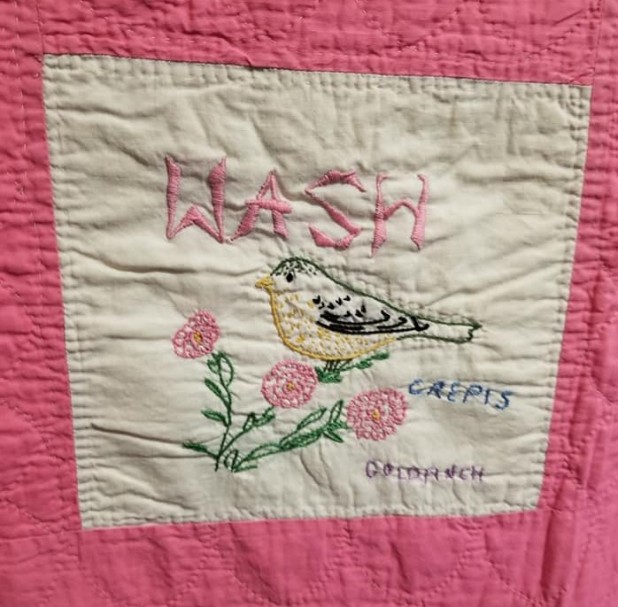 Verna’s children, grandchildren and great grandchildren live in the states of Washington, New York, California and North Carolina as of this date. 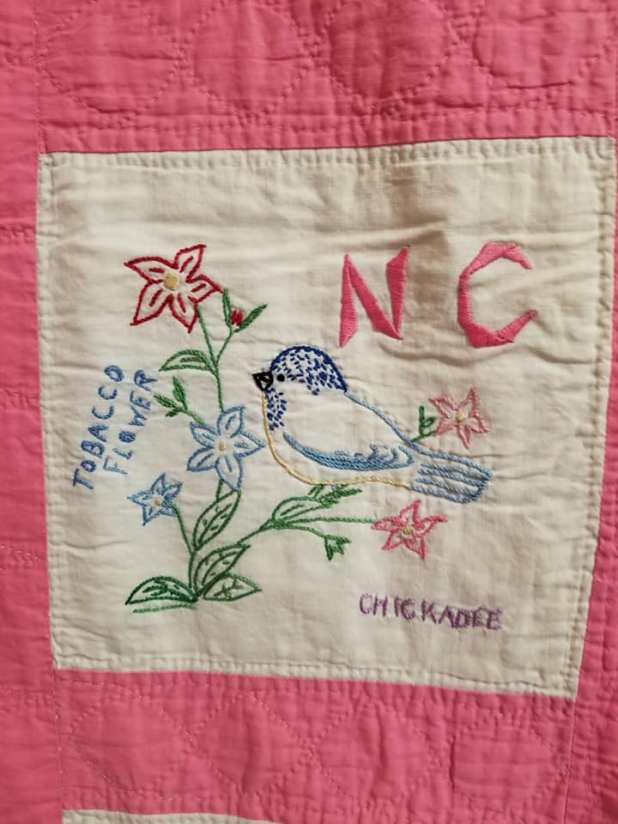 This photo was taken in 1988 or 1989 at our first home in Washington State. Verna was living with us at this time. My folks, sister and her girls were visiting from California.

This collage is of Dear’s only brother and him and Rex and Verna. I put this collage together to show the similarities the two sons have with their parents. Terry with Verna and Dear with Rex.

We had an unusual social distancing gathering on Easter at our kids home to exchange Easter meal goodies and to see JJ and Addy at their Easter egg hunt. It was a different but good Easter celebrating our Risen Savior! Later in the afternoon we had an extended family Zoom meeting sharing our highs, lows and buffaloes with each other. It was so good to see many of the family units from Texas, Indiana, California and Washington and sharing some prayer requests. I trust you all had a good day.

As soon as my broad band lets me upload my photos from yesterday I’ll share them.