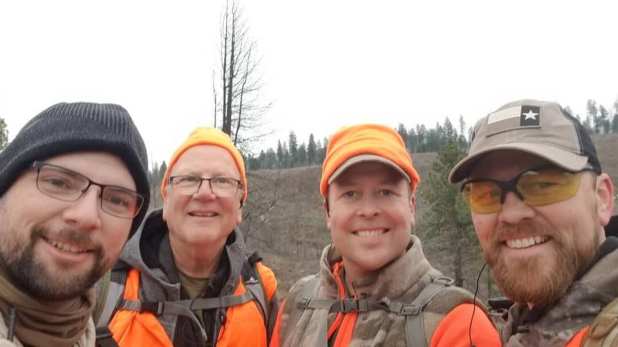 While the male folk were out hunting the woman folk decided to tackle a Great British Bake Off Cookbook recipe. Jamie came up with the idea and besides Sticky Toffee Pudding we decided on the Plaited Rich Saffron Loaf. 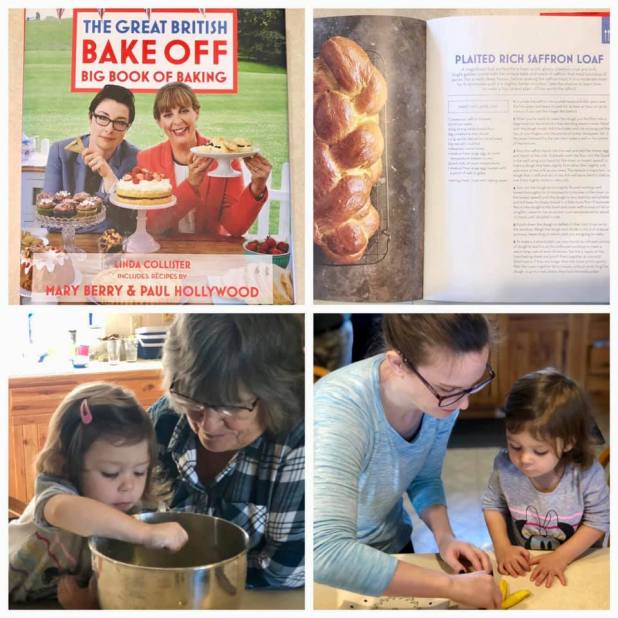 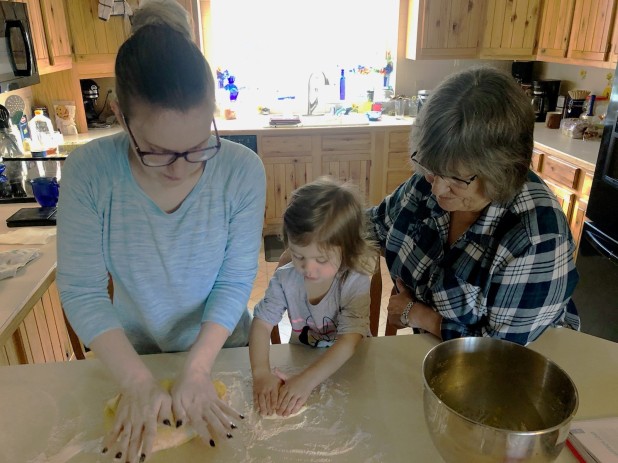 Katie pulled off a portion of the dough for Addy. Addy watched Katie knead the dough and she mimicked well.

They plaited Addy’s little loaf, too. 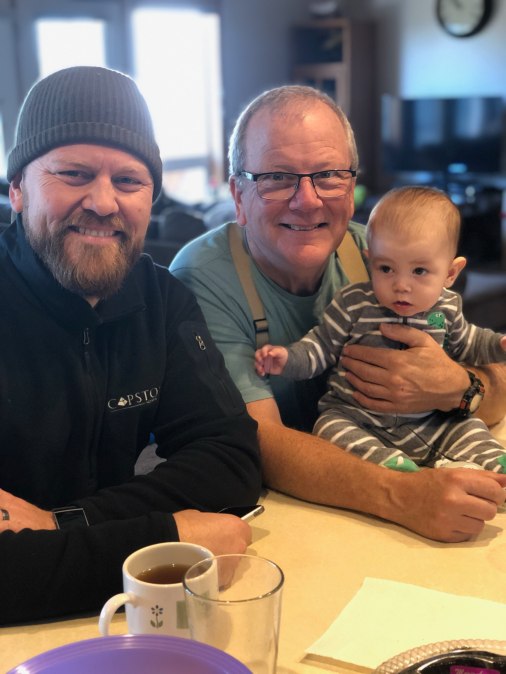 The guys were home from hunting early on this day since they were not successful in coming across any deer sightings. 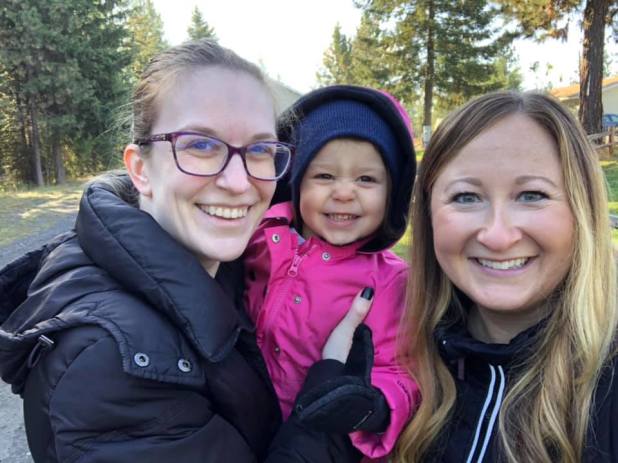 While the dough was rising Laura and Katie enjoyed a walk outside with Addy.

Addy and JJ enjoyed their quality Uncle and Auntie time. 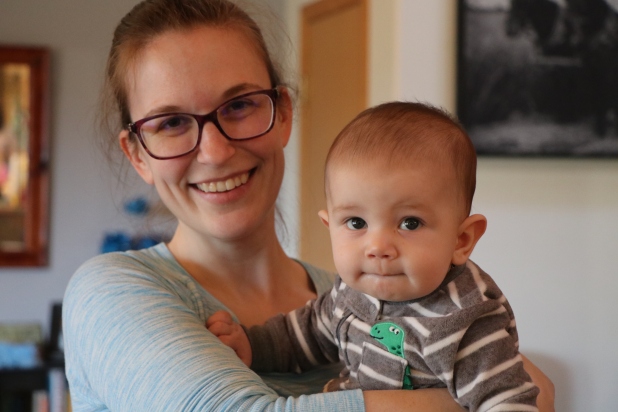 Gramps and Baba were in on the action, too. 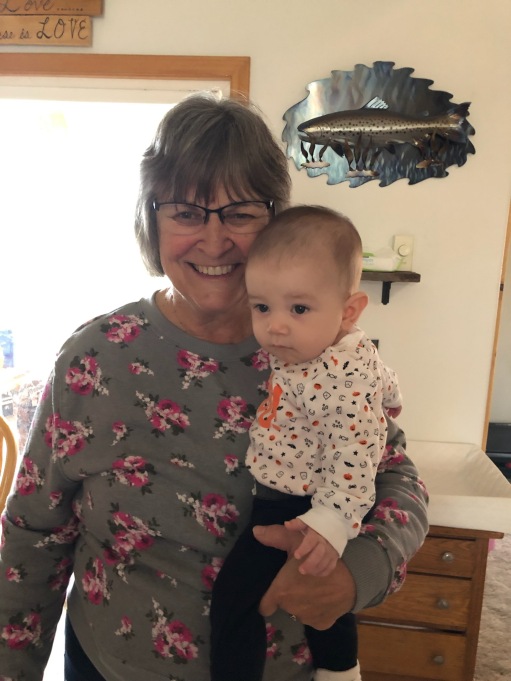 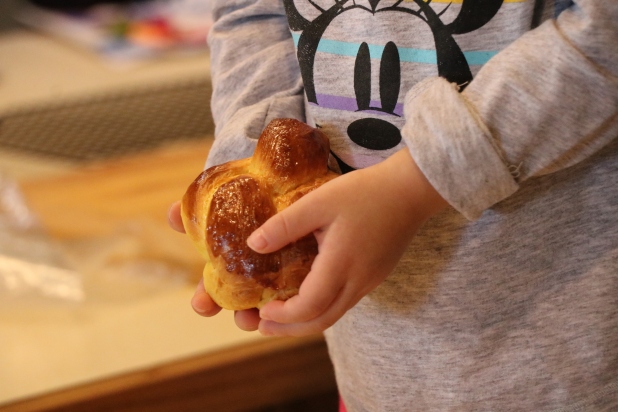 The bread was delicious although we didn’t necessarily detect the saffron. We enjoyed the bread with a pot of Borcsh (borsht) and sour cream.

Katie and Andrew had to leave after the bread was ready so we took our 3rd Annual Family Hunting photo as we said our goodbyes.

On Tuesday Dear and I flew to California and Dan and Josh went out for another day of hunting and were successful in getting a buck in their sights. Look away if hunting is not your thing… 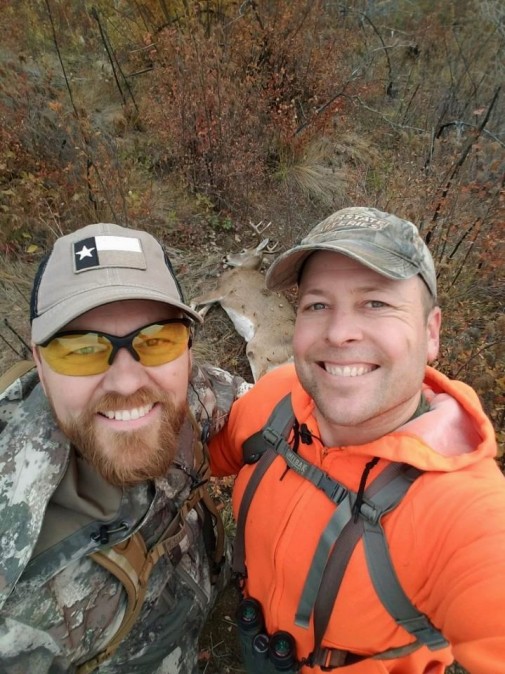 The guys were home and showered by dinner. A good hunting day for them.

A side note about hunting: We live in the 2nd poorest county in the state of Washington and many of the people in our county depend on meat they garner from hunting to fill their freezers and to sustain themselves and their families.

how majestic is your name in all the earth!
You have set your glory above the heavens.

Out of the mouth of babes and infants, you have established strength because of your foes,
to still the enemy and the avenger.

When I look at your heavens, the work of your fingers,
the moon and the stars, which you have set in place,
what is man that you are mindful of him,
and the son of man that you care for him?
Yet you have made him a little lower than the heavenly beings
and crowned him with glory and honor.

You have given him dominion over the works of your hands;
you have put all things under his feet,
all sheep and oxen,
and also the beasts of the field,
the birds of the heavens, and the fish of the sea,
whatever passes along the paths of the seas.

O Lord, our Lord,
how majestic is your name in all the earth!

11 thoughts on “The Hunters and the Bakers”