It’s almost Monday so it’s time to post mosaics for Mosaic Monday with Mary at Little Red House and post something blue for Blue Monday with Sally at Smiling Sally!

On Thursday last week I met 2 of my sisters at the high school we all graduated from for a Homecoming Reunion BBQ. The school was unveiling a 100 year celebration mural and giving tours of the school culminating with a BBQ and entertainment from the band and Cheer Squads. Our high school colors were and are blue and gold so it was easy to have lots of blue to show you. 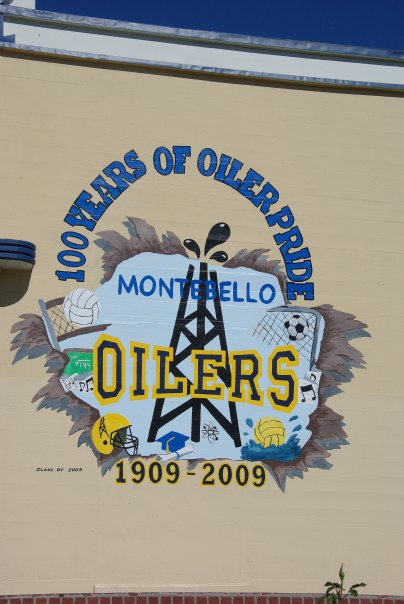 Early in Montebello’s history there were oil derricks on the hills that surround Montebello, that is where the Oilers came from. Our school newspaper was Derrick Diary. Our mascots were Ollie the Olive.

This next photo was taken in 1968 of a group of my friends standing in the same courtyard that I took one of the photos in the mosaic above. You can see that the building hasn’t changed except for some fresh paint. 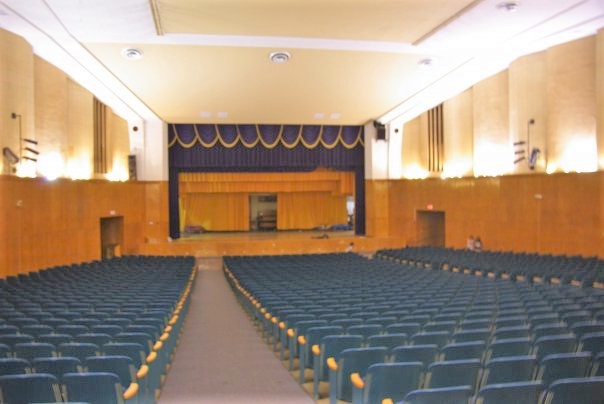 The Auditorium is exactly the same and the lockers are the same but the courtyard with the blue umbrellas is new. 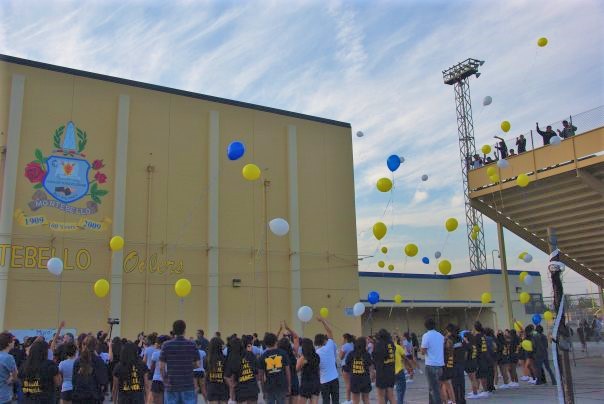 After they unveiled the new mural the pep squads let helium balloons go up into the sky.

This was just downright scary to watch. I kept wanting to yell “CATCH HER!”

Have a great week everyone!