Our Pop’s sister Anna was called up to heaven last Wednesday May 20th at the age of 96. She was ready to go home. She was Moisi’s last surviving sibling. She outlived all her siblings and all her own children, too. 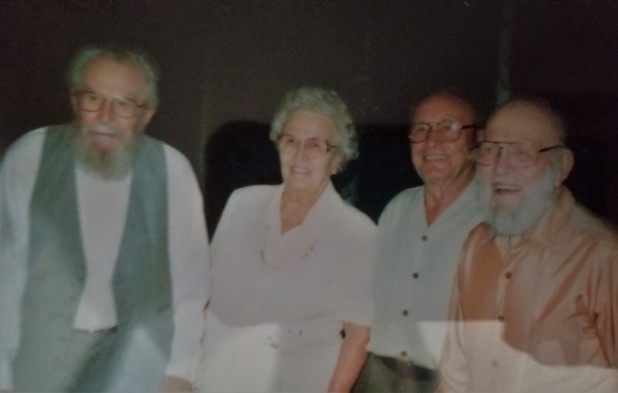 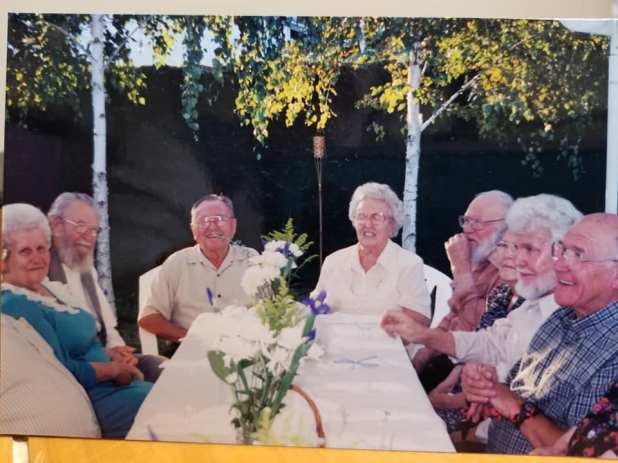 Another photo from the 60th Anniversary party in Downey, California.

These photos aren’t in order. This Bogdanoff family photo is from the 1950’s. Aunt Anna has the white flower on her dress. I’m in the 2nd sitting row third from the right. 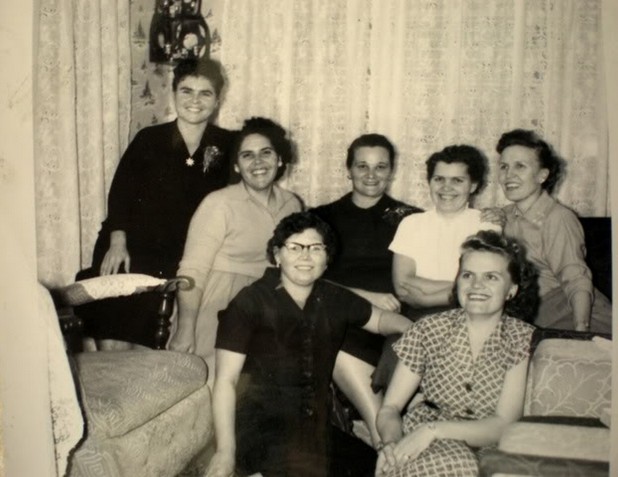 This is another photo from the 50’s. Aunt Anna is the right bookend of the upper row and our dear mom is the left bookend.

A great photo of Russian immigrants in the 50’s. Aunt Anna is at the top with a flower on her dress, again. She has glasses on. Our pop and mom are on the bottom row with Pop (Moisi) reclining and Nadia. I’m going to make the bold observation that Aunt Anna survived all the people in this photo.

Aunt Anna is sitting on the grass with all her brothers, sisters in law and mother in this photo. She survived all of them. I had my favorites of our Pop’s siblings. Aunt Anna and Uncle Alex earned my favor because of my experiences with them growing up. 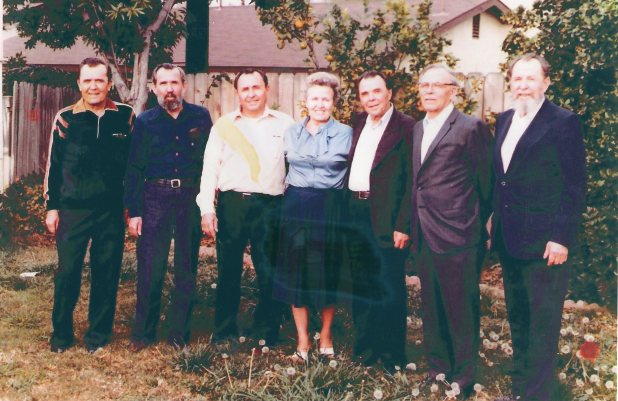 Aunt Anna with her brothers. 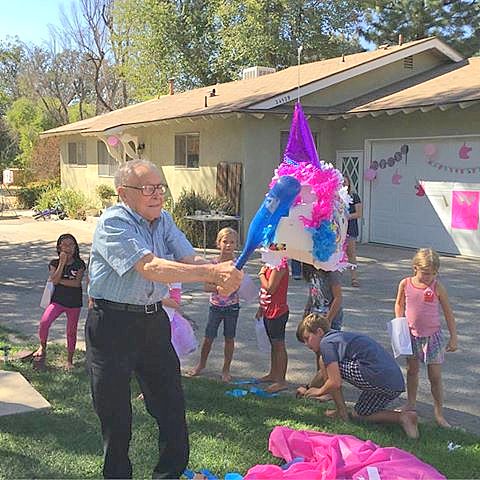 Since today May 25th would have been our Pop’s 98th birthday I’m including this photo of him hitting the pinata at his great granddaughter’s birthday party a few years back.

Sister and brother. They were close friends. 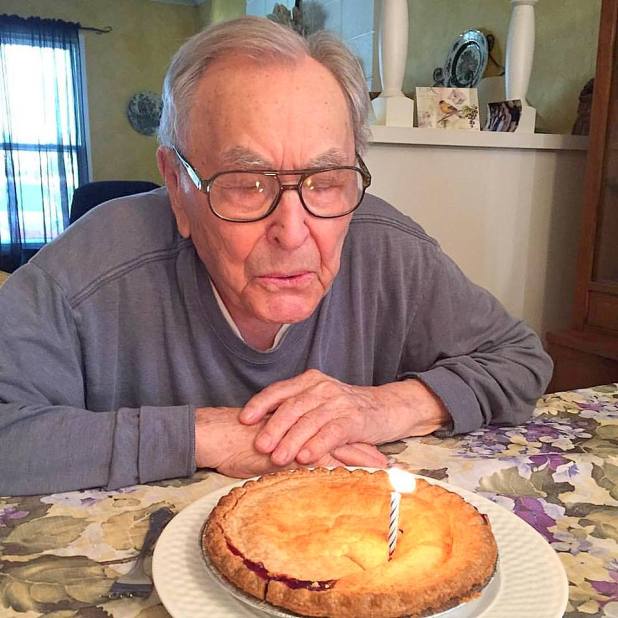 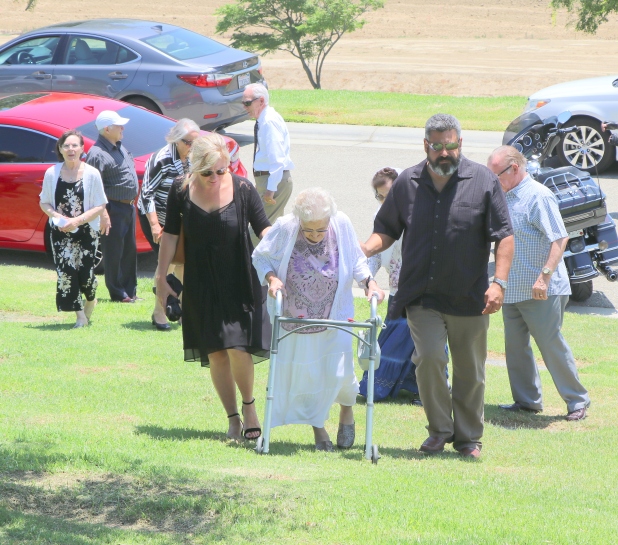 She managed walking up the hill to sit for the graveside service. Her granddaughter and grandson in law cared for her in their home for several years before she died. 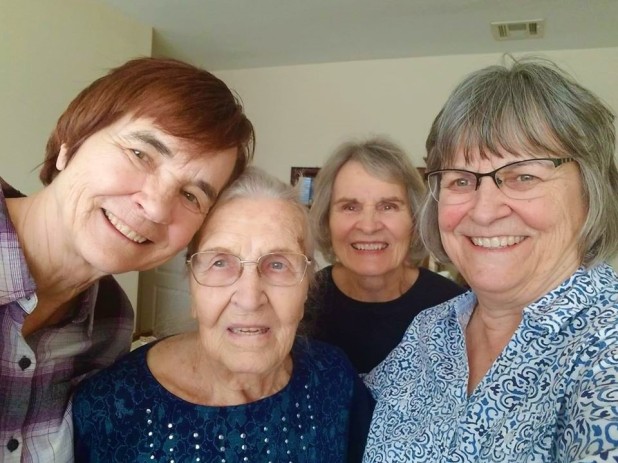 The last time I saw our Aunt Anna in person. 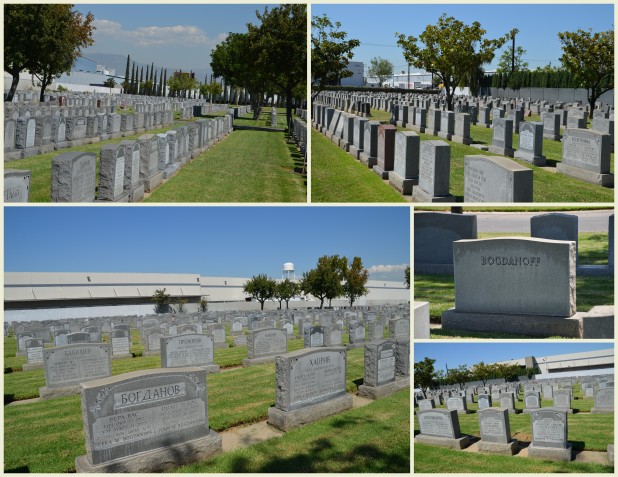 This will be the cemetery where she will be buried.

This is the plot where she should be buried. Her husbands information is on the headstone. He died February 2nd, 1978.

Looking forward to seeing you again in heaven.